Oh Look, Yet Another Keto Article...

Yes, keto is hot right now. And if you're only paying attention to the surface-level information, you might believe that keto means gorging on bacon and ribeye while the fat melts off your body like magic.

I assure you, that's not the case. So let's actually deal with the facts about where keto shines and where it falls short.

Ketogenic dieting has been around since at least the 1920's when doctors discovered that removing glucose as the primary fuel (via severe carbohydrate restriction and increased fat intake) forced the body to become "fat adapted." This resulted in a reduction or complete secession of seizures in those suffering with epilepsy.

Removing or greatly reducing carbs from your diet and increasing fat intake causes a metabolic shift in the body, forcing it to create a fuel source in the absence of glucose. Once the body is tapped out on glucose, the liver starts converting fatty acids into ketone bodies for energy, namely acetone, acetoacetate, and beta-hydroxybuyterate (BHB).

Once into ketosis – which can take anywhere from a few days to a week – the ketone body used primarily for fuel is BHB.

Because we're vain and self-absorbed, we figured out that with some manipulation this same diet could be used to lose fat because it naturally has a high degree of satiation associated with it. Who knew that eating a bunch of lard and bacon would curb hunger?

Vince Gironda used a similar approach to keto back in the 1950's. And in the 1980's and 90's, Dr. Mauro Dipasquale created the Anabolic Diet where you basically go keto all week to promote fat burning and increased hormonal output (that's the theory at least), then used the weekends to smash carbs to refuel depleted glycogen stores.

There's been some pretty solid research done on ketogenic diets versus other types of diets and how they fare at improving body composition, from both a muscle building and fat loss standpoint.

The good news for keto lovers is that keto does in fact do a slightly better job in the fat loss department, most likely due to the high degree of satiation associated with it. (You feel full on it, after a while.)

The JISSN meta-analysis that looked at the most popular diets in relation to body composition concluded that keto diets offer a slight edge in terms of fat loss when calories and protein were equated for, but only marginally so. (1) Still, every little bit helps.

The bad news for keto lovers is that when it comes to building muscle, keto falls flat on its face in comparison to diets that aren't overly carb restrictive.

To demonstrate this more clearly, a recent study looked at body composition changes in resistance-trained men in a caloric surplus using a ketogenic diet (compared to non-keto and a control group). The keto group lost fat but saw virtually ZERO gain in lean muscle tissue. (2)

Maybe the keto group actually didn't eat above maintenance level calories due to the high degree of satiation. However, even if a hypercaloric state was achieved weekly, you're still looking at a net gain of zero in terms of lean muscle mass. Turns out, you need carbs for accelerated muscle growth.

So you can't really build muscle on keto... or can you? There's something called a targeted ketogenic diet (TKD), where you spend a few weeks or even months getting your body very keto adapted, then use carbs in higher amounts during or post workout. That's when you're far more insulin sensitive and less likely to be kicked out of ketosis (it's all about the glut4 expression).

When it comes to keto and performance, the most common outcome is a dip in performance overall and then a return to baseline once the athlete is fat adapted.

It appears that once an athlete is truly fat adapted that he or she will see similar performance as they would when eating a traditional Western diet. This is especially true in endurance athletes, where fat adapted athletes tend to perform the same compared to those ingesting carbs. (3, 4)

Things change when power output is brought into the equation. Keto transitioning athletes often report a reduction in power output compared to those still running on glucose. (5, 6)

There's always the anecdotal caveat to any of these things, however. There are plenty of people who've seen performance improvements after they switch to a ketogenic diet. You could say that the fat loss is what boosted their performance. Well, maybe. The law of individuality tends to reign more often than not in the performance world.

This is where keto really shines and appears to give the greatest benefit compared to other types of diets. In the fight against diseases, increasing longevity, and improving overall health and wellness, keto stands out.

This shouldn't be surprising if you know that BHB has a strong anti-inflammatory effect in the body. (7) Virtually every disease known to man is linked to low-grade chronic inflammation.

But that's not the only factor. It's hypothesized that a disruption in glucose metabolism could be one of the main culprits in diseases like Parkinson's and Alzheimer's. With ketones being able to cross the blood-brain barrier, they can provide brain fuel during conditions when glucose can't be accessed.

With cancer, it's believed that glucose tends to feed cancer cells. Those cells are starved in a physiological environment rich in BHB. (8) Starve the fuel for cancer growth and you may improve your chances of kicking some cancer ass. That's the theory at least.

There's still a lot of research to be done to cement these ideas; however, there's enough evidence to support the notion that if you woke up tomorrow with any of the aforementioned issues, going keto wouldn't be a bad idea.

Unless you're suffering from a metabolic disease, then the wrong way to approach keto is to actually chase ketosis. There's nothing overly magical from a fat loss or body composition standpoint from being in ketosis.

If you enjoy eating keto, and can sustain it, then it's a viable option to use for fat loss. But reducing body fat via an energy deficit is always going to be the main factor, regardless of what "style" of dieting you use – high carb, low carb, paleo, IIFYM, whatever.

It all boils down to more energy going out than you have coming in. The most important variable within all of these diets is your own ability to be consistent with them, and if they're helping you move towards your physique and performance goals. 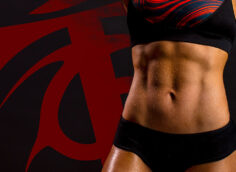