Intermittent fasting (IF) has become the latest diet fad and the subject of several books. IF diets purportedly accelerate fat loss and some proponents go so far as to claim you can build muscle while fasting. Trouble is, in addition to losing fat, a study by Wilson et al (1) shows that you could also be losing muscle, or at the very least, not building muscle.

Most IF plans tout the benefits of fasted weight training. Some suggest 10 g of BCAA during training. But according to the study, consuming leucine (BCAA) without ample carbohydrate present prevented protein synthesis. In other words, any possibility of gaining muscle is eliminated when training in a fasted state, even when consuming BCAA.

"Proponents of IF like to think of it as the 'science diet' but the complete opposite is true. Intermittent fasting is the fad diet. There's no logic to it, unless your goal is to lose muscle, slow down your metabolism, and have poor workouts.

"My most difficult clients are people that have crashed and burned on intermittent fasting. Here's how it always plays out: I get a guy that was 20-30% body fat. He does IF and he loses some fat and muscle. Then he gets stuck at 15-18% body fat, so he takes his calories down. Now he's stuck at 1800-2000 calories, nothing is happening, and he's miserable. Then he comes to me for help.

"That's the scenario I see every time. His metabolism is shot and he'll gain fat when coming off IF. His body is hoarding fat at this point; it's a self-protective mechanism. It can take us months to get his body functioning correctly again."

Muscle protein synthesis (MPS) increases after consumption of a protein-containing meal but returns to baseline values within 3 h despite continued elevations of plasma amino acids and mammalian target of rapamycin (mTORC1) signaling. This study evaluated the potential for supplemental leucine (Leu), carbohydrates (CHO), or both to prolong elevated MPS after a meal. Male Sprague-Dawley rats (~270 g) trained to consume three meals daily were food deprived for 12 h, and then blood and gastrocnemius muscle were collected 0, 90, or 180 min after a standard 4-g test meal (20% whey protein). At 135 min postmeal, rats were orally administered 2.63 g of CHO, 270 mg of Leu, both, or water (sham control). Following test meal consumption, MPS peaked at 90 min and then returned to basal (time 0) rates at 180 min, although ribosomal protein S6 kinase and eIF4E-binding protein-1 phosphorylation remained elevated. In contrast, rats administered Leu and/or CHO supplements at 135 min postmeal maintained peak MPS through 180 min. MPS was inversely associated with the phosphorylation states of translation elongation factor 2, the "cellular energy sensor" adenosine monophosphate-activated protein kinase-alpha (AMPKalpha) and its substrate acetyl-CoA carboxylase, and increases in the ratio of AMP/ATP. We conclude that the incongruity between MPS and mTORC1 at 180 min reflects a block in translation elongation due to reduced cellular energy. Administering Leu or CHO supplements ~2 h after a meal maintains cellular energy status and extends the postprandial duration of MPS. 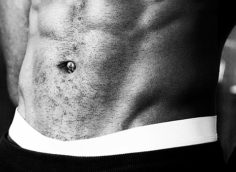 Chris Shugart has all kinds of tips on how to ruin your Thanksgiving and holiday dinners. No big deal. You'll thank him afterwards for ensuring that you're not picked to play Santa Claus this year.
Feeding the Ideal Body, Nutrition & Supplements
Chris Shugart November 21