There's actually a lot you can blame on alcohol, including jamming out to this nauseating club banger a couple of years ago. Hip-hop has sucked the hind tit since the turn of the millennium and has become so watered down due to the lack of talented artists that rapping about alcohol (or any mundane thing for that matter) via Auto-Tune over a generic beat has become commonplace.

I'll save my scathing criticism of the hip hop industry for another time and probably another site, instead devoting the next thousand words or so to explaining why alcohol can be blamed for decreased strength, impeded recovery, and Testosterone levels that resemble a timeline of 2008's economic crisis.

So everyone's gonna ask, "Why the article about alcohol?" Well, I think this article serves a bit of relevance – especially if you're looking to get in shape for summer.

Which six-pack do you want to bring to the beach? I'd answer the one that gets me laid. And no, I'm not referring to abominations like MGD 64 and Michelob Ultra Light which the girls around here seem to swoon over, I'm talking about having a linea alba that resembles the San Andreas fault because it's carved so deep into your midsection.

I'm talking about striated abs, defined obliques, and skin so thin you can see your adrenals secrete cortisol; things you won't achieve if you do 20-ounce curls a couple of times a week.

Remember that cute chick you were eyeing up at the beginning of your freshman year of college who wound up bursting at the seams of her epidermis by spring break? Well, it's highly unlikely that she got fat from the nukeable pig slop they serve in the cafeteria alone. She probably was a regular at campus keg parties, too.

What happens when you drink?

Actually, it's a complex process. When you consume alcohol, your body breaks it down into acetate, converting only a scant amount of the alcohol to fat. Acetate, a derivate of acetic acid, causes spikes in the blood as ethanol is oxidized, so not only do you have higher blood alcohol content, but you also have higher plasma acetate concentrations.

Your body responds to large quantities of alcohol much like it does when you consume an excessively high carbohydrate diet. The macronutrient that's consumed in the greatest quantity gets burned while fat essentially remains dormant until the substrate that was excessively consumed gets depleted.

Obviously, consuming a diet that has a very unbalanced macronutrient ratio is stupid, unless it's supporting one's training goals and helping address health issues. So why do this Friday and Saturday nights when you want to look beach-ready?

Well, you're probably trying to wash away the misery of your underpaying hellhole of a job, or trying to muster up the courage to talk to a chick that's way out of your league (and likely getting to the point where taking home that she-male working the door who resembles Bronko Nagurski seems like a good idea).

Although alcohol will quell your anxiety and tension because it's a depressant, it'll also suppress libido. Literature has also postulated that alcohol may interfere with Testosterone secreted through resistance training. Along with suppressing serum Testosterone levels, alcohol consumption may also cause strength loss in subsequent training sessions as a study conducted by researchers in New Zealand indicated.

The study had its eleven participants, all of which were active men, perform 300 maximal eccentric contractions of the quadriceps on each leg on an isokinetic dynanometer.

The group consumed alcohol following one training session and then consumed orange juice alone following another session with the opposite leg. Greater peak strength loss was observed in the workout following the alcohol consumption. The study also suggested that even moderate amounts of alcohol may impede recovery and accentuate losses in dynamic and static strength, though it should be noted that low doses of alcohol may not affect strength levels in subsequent training sessions.

However, alcohol isn't all bad. Research has shown that moderate consumption (10 to 30 g per day) can elicit some benefits such as improving HDL to LDL cholesterol, decreasing platelet aggregability, and may even be beneficial to bone health in men and post-menopausal women.

But for the serious athlete or bodybuilder looking to achieve strength gains and a chiseled physique, alcohol isn't much better than drain cleaner. Heck, I think drain cleaner might taste better than some of the no-name vodka that comes from plastic jugs found at college parties. 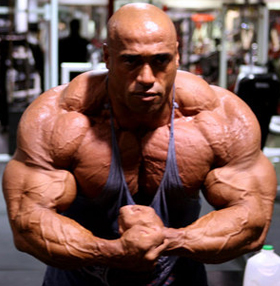 Alcohol consumption, according to British researchers, decreases the use of glucose and amino acids by skeletal muscles, which adversely affects energy supply and "impairs the metabolic process during exercise."

This is likely due to the body's conversion of alcohol to acetate, explained earlier. Subjects who regularly drank alcohol had comparatively smaller cross sectional areas of type I, IIa, and IIb muscle fibers to their occasional and non drinking counterparts, which may be due to progressive functional and structural degradation of skeletal muscle.

Want to get stronger?

Alcohol, a central nervous system depressant, can kill the strength gains you're seeking. Regular consumption is linked to inhibited coordinative abilities and the resultant muscular weaknesses that follow, and as mentioned above, strength gains associated with hypertrophy in more experienced lifters will be harder to come by due to protein synthesis coming to a standstill like rush hour traffic on the I-5 in L.A.

Researchers at Tufts University concluded that two or more drinks per day can lead to lower bone mineral densities (BMD).

Alcohol is also an immunosuppressant. It'll be harder to avoid that cold everyone in your office seems to be catching, which translates into lost training time and crappy eating (i.e. ginger ale, sodium infused microwavable soups, and saltines) as you recover. Oh, and we're not mentioning the missed time at work, which means less time on TNation, scoping out the latest training and nutrition advice. Hey, at least you'll be home on your own computer instead of violating your workplace's acceptable internet usage policy.

Alcohol is calorie dense, packing 7 kcal per gram. So if you're looking to peel off that stubborn layer of fat that covers your midsection, the answer is quite obvious if you're a drinker. You should strongly consider cutting back, or preferably halting consumption altogether.

Trust me, it won't take long to notice the weekly or daily subtraction of hundreds, or potentially, thousands of calories. Beer can range from 60 to 250 calories per serving; one shot of liquor contains up to 200 calories – and when you're tossing that in a sugary fruit juice or soda, you're looking at hundreds more calories per drink!

I say this in all seriousness, because alcohol inhibits the pituitary glands production of vasopressin, also known as anti-diuretic hormone, or ADH. ADH's main role is to regulate extracellular fluid volume via renal handling of water, leading to a decrease in urine formation.

Did you ever "break the seal" or piss your bed while passed out? If you answered "yes," not only are you not allowed to crash at my house, you likely drank enough to affect ADH secretion, thereby seriously limiting your couch-surfing options.

Studies have shown that rapid eye movement (REM) sleep patterns are disrupted by alcohol consumption, and as we all know, sleep, or lack thereof, affects the secretion of Testosterone and growth hormone. Blood alcohol content of just 0.10% – which a 200-pound male can achieve, if he consumes four drinks in an hour – was shown to delay REM sleep and disrupt sleep throughout the night, due to alcohol withdrawal.

Hangovers are a misunderstood phenomena. Researchers have theorized that hangovers are nothing more than alcohol withdrawal. Though that's a plausible hypothesis, hangovers are most likely the result of acetaldehyde, which is a product of alcohol metabolism.

Additionally, congeners, which are preservatives that add color to liquors such as brandy, wine, and whiskey may exacerbate hangovers. The rate at which you consume alcohol, the quantity you ingest, and how your body metabolizes alcohol may also determine the severity of your hangover.

Home remedies such as gulping an electrolyte enriched sports drink with a handful of Ibuprofen before bed following a night of heavy drinking to old skool "hair of the dog" (slugging an alcoholic beverage upon awakening) have been suggested to prevent and overcome hangovers, but remain anecdotal.

Unless you're a hardened alcoholic or Keith Richards, you'll likely be sacked by the resultant headaches, nausea, diarrhea, and vomiting, which will also throw a toolbox full of wrenches in your training program and diet. The effects of a hangover may linger for few days, sapping you of the requisite energy to complete a vigorous workout. 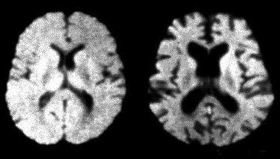 Unless your day consists of XBox Live and soap operas or you stuff junk mail in envelopes for a paycheck, you're going to need your brain to function at a high level. Alcohol inhibits that acutely and long term.

Mental acuity and behavior are adversely affected by alcohol, and rather than write a thesis on the topic, I'll highlight just some of the things alcohol does to your brain.

If adding muscle mass and strength and/or improving athletic performance are among your top priorities, call me a buzz-kill but I see no reason why you should drink regularly. However, if you're celebrating an accomplishment (i.e. a promotion, graduation, etc.) then certainly have a drink. Just use the advice listed below as guidelines.

Remember, be mindful of your drinking this summer. Not only can it blur your prized ab definition, but excessive drinking can also cause other serious problems.

Not that bringing home Ms. Nagurski is necessarily a bad idea. I mean, I'm sure she's a real nice person. 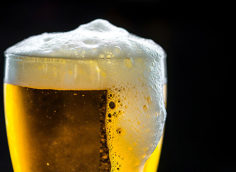