But like any valiant crusader, he needs his forum. Welcome to our second installment of Dirty Nutrition.

Q: What's the perfect breakfast for the hardcore weight-training dude?

A: Call me old fashioned, but I still can't see how you can improve much on oatmeal mixed with eggs and protein powder.

That's what the old timers at Gold's in Venice used to eat and they weren't exactly 98-pound weaklings. They'd bring Tupperware bowls full of the stuff, which, by the way, travels really nicely when you make it up at home.

If you're into minimal cooking you can also try one of my favorite egg dishes: Warm up some butter or coconut oil in a frying pan, slice up an apple, and brown the slices in the mix. Add two or three scrambled eggs and a couple of fistfuls of spinach and continue to stir until the spinach softens and the eggs are cooked. Season with anti-inflammatory turmeric [a.k.a. curcumin] and some lemon pepper.

If you think the 18 grams or so of protein in three eggs isn't enough for you, add a protein drink. And if you need extra slow-burning carbs, have a small bowl of oatmeal on the side. 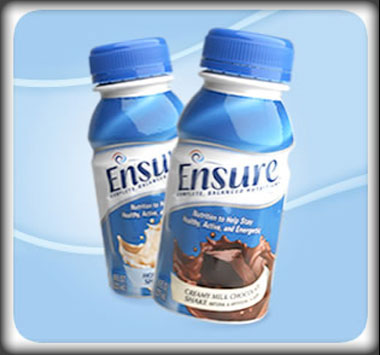 Q: I heard recently that food manufacturers chemically alter some foods to make them more addictive, sort of like the cigarette companies have done with tobacco. Any truth to that or is it just a conspiracy theory?

A: I wish I could say it's a conspiracy theory just so I could get in a couple of tinfoil hat jokes, but unfortunately it's not.

Former FDA commissioner David Kessler, MD, goes into deep detail about exactly how this works in his new book, The End of Overeating (highly recommended, by the way) and it ain't pretty.

Kessler quotes research by Adam Drewnowski that shows it's the combination of sugar with fat that makes people go nuts. Give someone a packet of sugar and tell him to go to town and you won't get much enthusiasm. Ditto for a stick of butter. But combine the ingredients and watch out.

This combo (sugar, fat, and/or salt) creates what Kessler calls "hyperpalatibility." Rats given a chance to eat such combinations will literally gorge themselves. Obviously, so do humans.

Sugar, fat, and salt is what makes food "compelling" according to dozens of food executives that Kessler interviewed. Take potato skins, for example. Typically, the potato is hollowed out and the skin is fried which provides a substantial surface area for "fat pick-up." Then some combination of bacon bits, sour cream, and cheese is added. The result is fat on fat on fat on fat, much of it loaded with salt.

Is this stuff addictive? You bet your hypertrophied ass it is.

Sara Ward of the University of North Carolina at Chapel Hill studied the willingness of animals to work for a food reward even when they're not hungry. She used Ensure, a particularly loathsome bullshit drink doctors give to older patients who aren't eating enough calories. The breaking point at which the animals would no longer work for the "reward" was just slightly lower than the breaking point for cocaine.

So it's not so much that manufacturers chemically alter the food as it is that they use lethal (to us, not to them) combos of ingredients to make them irresistible and to make us overeat them.

Then they cleverly pair those foods with an actual emotional or visual experiences, which later become stored as pleasant associations to the food – i.e. a "Happy Meal" or a TV commercial with Megan Fox. Pretty soon, you've got a customer for life.

Q: What do you think of CLA as a supplement? Any way to get it in foods?

A: The most impressive thing I've ever seen about CLA – conjugated linolenic acid – were the before and after pictures of rats in a CLA experiment. One group got their regular rat food and the other got the same diet plus CLA. Then they sacrificed the rats and photographed their abdominal regions. It was pretty dramatic – the CLA rats had hardly any abdominal fat compared to the rats that hadn't been fed CLA.

Wish that it worked that clearly in humans. It's definitely possible to find studies in good peer-reviewed journals that show that CLA reduces abdominal fat in some populations. (1) And one study even showed that it reduced the amount of abdominal fat gained over the holidays.(2)

But other studies show no such thing. And to add to the confusion, there are two isomers (arrangements of molecules) in CLA – the t10 c12 and the t9 c 11, and they're said to have somewhat different effects.

The research just isn't conclusive. For example, at least two studies show that CLA plus chromium lowered both body weight and visceral fat mass in high-fat diet fed mice (3, 4), but another study showed it didn't do squat for overweight women.(5)

But CLA seems to have some nice anti-cancer effects, and those are better documented than the weight loss effects in humans. So it certainly can't hurt to try it, but I wouldn't be too optimistic about its effect on weight alone.

If you try it, the dose would be 3 grams per day. It's found in the meat and by-products (like butter) from cattle, but only from healthy grass-fed beef. Besides having a lot more omega-3's, grass-fed organic beef also has CLA, which is virtually missing from the meat of grain-fed, high omega-6 factory-farmed animals.

Sugar Alcohols: The Good and the Gaseous

Q: I try to eat low-sugar foods but it seems that many of these are jam-packed with sugar alcohols like sorbitol, maltitol, etc. Is that stuff bad for you?

A: They're not exactly bad for you, but if you eat a lot of them you won't be a welcome guest at parties 'cause you'll be farting a lot. But some are clearly better than others.

My favorite sugar alcohol is xylitol, which you can use in hot beverages and which has a very low glycemic impact. It also has some anti-bacterial effect (preventing bacteria from adhesing to tissues) which is why it's in all the "healthy" chewing gums.

Another sugar alcohol to watch for is erythritol. It has a glycemic impact of exactly zero, and so far no one has reported anything remotely bad about it. You're starting to see it in health food stores and it's sold under the Truvia name in little packets. Way better than something like Equal.

Q: If you were to redesign the old government food pyramid, what would it look like?

A: It would probably be more like a circle with about 70% of calories divided equally among protein, fat, and fibrous vegetables and fruits; another 10% for nuts, another 10% for beans, and an optional 10% for grains.

Q: Now that most people know that HFCS is bad news, many food makers are bragging about using raw cane sugar or even organic sugar. Is that a better way to go?

A: The new marketing of sugar as a "health food" is the biggest crock of bullshit I've seen in a while, and I've seen some real doozies.

Let's get something straight. Both table sugar and high-fructose corn syrup have the same two ingredients: glucose and fructose. The more damaging of the molecules is clearly fructose, but check the proportions: High-fructose corn syrup is 55% fructose and 45% glucose. Plain old crappy garden-variety sugar, now being sold as the "healthy" alternative to HFCS, is 50/50.

The problem with HFCS wasn't so much the extra 5% fructose, but the fact that the shit is so cheap that manufacturers now use it in everything, including foods that were never even sweetened before. This deeply increases the fructose load on the body, not so much because of the little bit of extra fructose, but because we're consuming so much of the stuff.

It's hard to see how substituting the same amount of a 50/50 mix ("natural" sugar, give me a break!) helps address the problem, which is that we're eating too much damn sugar, whatever form it comes in!

And by the way, just to blow your mind, the new darling of the health food set, agave nectar, is more than 90% fructose. Some bargain.

Incidentally, in case this wasn't clear from previous articles, fructose in its natural setting – like in an actual apple – isn't the problem. It's when you extract it and use it as a sweetening agent, either as 55% of HFCS, 50% of sugar or 90% of agave nectar. Then it's a huge problem. 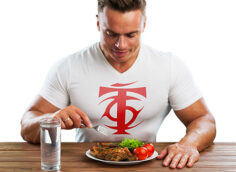 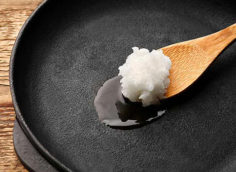 Complexity – Simplicity – Ubiquity. The complexity of the human body is incredible. Maybe it's not necessarily the sheer complexity, but the complexity in spite of utter simplicity.
Nutrition & Supplements, Super Health
Mike Roussell, PhD January 24