The room is filled with some of the biggest, strongest, meanest men in professional sports. Most of them are paid to pulverize, and they don't fear anything in this world except a career-ending injury and the little white woman who just walked into the room.

Her name is Leslie Bonci and her job is to tell some of the toughest guys on the planet what to eat. Bonci is the nutrition consultant of the Pittsburgh Steelers and the director of sports nutrition at the UPMC Center for Sports Medicine. She's a registered dietician with a Master's degree in Public Health and an Adjunct Assistant Professor of Nutrition at the University of Pittsburgh.

Bonci has consulted with everyone from Notre Dame athletes and professional baseball players to ballerinas and the U.S. Olympic canoe and kayak team. T-Nation decided to sit down with her between her Today show appearances and pick her brain about a variety of sports nutrition topics.

T-Nation: Thanks for talking to us today, Leslie. I hear they call you GI Jane. Why is that?

T-Nation: You work with a lot of professional male athletes including football players. What common dietary mistakes do you see? Where do these guys mess up?

LB: The most common mistakes include simply not thinking about what and when they eat and drink. Also skipping meals and then gorging, waiting too long after exercise to refuel, being pretty clueless and misguided about supplements, and either over or under-hydrating.

The problem with gorging is that it's physically uncomfortable. And that eating style becomes the new norm for the body, so one never feels full until completely stuffed.

T-Nation: Not healthy in the long run. How do these big football players respond to nutrition advice? Are they open or resistant? Any funny stories?

LB: Luckily, I'm smaller and quicker than my football guys, so if I tell them something they don't like, I can run out of the room! Seriously, they understand that their bodies are their livelihood. I'm not trying to have them eat perfectly all the time, just eating in a way to optimize performance and extend careers.

Funny stories? Well, walking into the dining hall at training camp can be funny. I see plates of ribs being thrown into the garbage when they see me coming. It's also funny when they secretly come to me with constipation problems, usually by flagging down my car in the parking lot. I usually give them a baggie of milled flax seeds. The next day they don't say anything but give me the thumbs-up sign.

T-Nation: You mentioned hydration above. I also caught your presentation at the last ACSM Summit and you mentioned something interesting about gulping vs. sipping fluids during exercise. Can you tell us about that?

LB: It's better to gulp fluids during exercise rather than sip. The reason for gulping over sipping is that larger volumes of fluid empty from the gut more rapidly than sipping. If an athlete sips, he or she is more likely to complain of a full stomach and won't be able to drink enough during exercise.

T-Nation: Interesting. I've never heard that before. Now, if you could get athletes to start eating one particular food more often and stop eating one food altogether, what would those be?

LB: I'd like athletes to get in more yogurt, a great source of calcium, potassium, protein, carb and probiotics. Plus it's easy to digest and portable. The food I'd like athletes to never eat again? Hmm, so many to choose from. I would say the high fat pork products: hot dogs, pork rinds, bologna.

T-Nation: A lot of athletes use sugar/caffeine products such as Red Bull pre-game or pre-workout. Good idea or bad? Is the sugar-free kind any better?

LB: Caffeine is a stimulant, not a source of energy, so the sugar-free products don't even provide fuel for sport. The regular versions of these products are too concentrated in carbs and take longer to empty from the gut, so they're not an efficient fuel source for exercise.

It may "give you wings" but don't drink products like this before exercise or games.

T-Nation: Let's talk protein. The general "rule" amongst bodybuilders is to get a
gram of protein per pound of bodyweight. Some go only by LBM and some even go two grams per pound overall body weight. General thoughts on this practice?

LB: At a maximum, I'd recommend one gram of protein per pound body weight, and this recommendation is for those trying to build mass, not maintain. Protein in excess of this is more likely to be stored as fat, and if athletes are overemphasizing protein, chances are pretty good that they're shortchanging on carbs.

T-Nation: You've come out against low-carb diets. Is that just for performance reasons with athletes, or are low-carb diets not ideal for the general public as well?

LB: Most people, athletes or others, do low-carb diets for weight loss. The bottom line is calories, no matter what diet a person is on. I'd rather people be selective rather than restrictive with carbs. When people say to me they can't eat fruit, drink milk or eat beans because they have too many carbs, but they think it's okay to eat low carb peanut butter cups, I have a problem with that.

T-Nation: "Selective rather than restrictive." Good phrase. What about athletes?

LB: Since carbohydrate is the primary fuel substrate for exercise, cutting carbs severely is going to result in an earlier onset of fatigue. Finally, some of the sweeteners used in the low carb products can have a laxative effect, so an athlete is running, but not necessarily on the field!

T-Nation: I once ate a whole tub of low carb ice cream. Lemme tell ya, I thought my butt was going to... well, nevermind. The sugar alcohols are the problem with many of these low carb sweets, right?

LB: Yes, the sugar alcohols (as well as glycerine) have powerful laxative effects. Watch for anything that ends in "-ol" – mannitol, sorbitol, xylitol, lactitol, maltitol.

T-Nation: Being a GI expert, you're a fiber fan. I've noticed that fiber is the red-headed stepchild of bodybuilding: no one really pays it much attention. How much per day do we need?

This is per day, ideally from a variety of sources: fruits, vegetables, whole grains, dried beans and nuts. Most men should get 38 grams per day, but they have to increase to this amount slowly.

T-Nation: Prebiotics, probiotics and digestive enzymes: worth the money?

LB: Probiotics may be helpful for those who suffer from diarrhea or IBS (Irritable Bowel Syndrome). Prebiotics may help those with constipation. Digestive enzymes have been used to treat acute onset injury, although the benefit of OTC products for digestive problems are somewhat questionable due to the inability of the enzymes to reach the intestine.

LB: Yogurt with almonds, blueberries and granola. Or a yogurt smoothie with a slice of whole grain toast with peanut butter.

My goal for pre-game/workout is light, easily digested, but with something that will be available as a longer energy source, hence the peanut butter or the almonds.

T-Nation: Sounds like we all need to be eating more yogurt with active cultures. Now, here's something I've always wondered about: In the health community, topics such as fasting and colon cleansing come up quite a bit. The word "toxins" gets bandied about a lot and these practices are supposed to remove them.

A lot of this smacks of California-granola-hippie nonsense to me, but is there any value to periodic fasts and (gulp) colonics? The colonics folks like to say that the average person has a large amount of undigested meat in their bodies and it needs to be flushed out. Is any of that true?

LB: Thank God the colon knows what to do and rids itself of waste. This whole idea of colon cleansing isn't necessary and can certainly be harmful when done on a regular basis. The process of digestion is 24 hours, but after this there's no residual waste that needs to be flushed out!

T-Nation: Thank goodness. Here's another "fact" that gets around the Internet like a drunk sorority girl: Colas eat away a person's stomach and are too acidic for human consumption.

LB: Internet folklore! Colas do have a lot of calories, and may or may not fit into someone's daily allotment. Also, I don't recommend carbonated beverages before activity as they take too long to empty from the gut.

LB: The number one GI disorder is an upset stomach. I think the best way to handle this is to practice with foods/fluids in a training setting. Gulping fluids, eating 1-2 hours before exercise, avoiding unfamiliar foods. Ginger root or candied ginger also work very well for nausea.

T-Nation: You mentioned that most athletes are clueless about supplements. What's the worst story you have concerning athletes and their mistakes with supplements?

LB: The worst story is the athlete's ignorance. "Hey, I didn't know." Or blaming it on a milkshake, etc. I had a collegiate wrestler who was so depressed and frustrated following a long bout with ephedra to help him cut weight that he alienated himself from the coach, team, roommates and friends. Thankfully, he was able to get help and get himself together, but he needed to quit the team.

T-Nation: Final topic: steroids. Has the use of steroids affected your work with athletes? Any special concerns there?

LB: Luckily, I haven't had an issue with steroid use with my football athletes. Baseball is a different story. The best we can do is continue to educate and inform athletes that there are consequences, which are more than just a slap on the hand.

My contention is that the athlete needs to take some responsibility for what goes into his mouth. Ignorance is not an acceptable answer. If you don't know what's in the product, find someone who does know!

T-Nation: Thanks for the chat today, Leslie. Where can T-Nation readers learn more about your work?

LB: Check out the American Dietetic Association's Guide to Better Digestion. There's also an article in Training and Conditioning Journal on athletes and digestive disorders. T-Nation readers can contact me at [email protected] Thanks!

Creatine has been around a while. From the best ways to use it to the best type to buy, here’s what we know now.
Creatine, Nutrition & Supplements, Workout Nutrition
Nikhil Rao May 7
When it comes to building muscle or performing at your peak athletically, nutrition is 50% of the equation. Or is it 75%? Maybe 90%? Whatever. It's, like, really important, okay?
Feeding the Ideal Body, Nutrition & Supplements
Mike Roussell, PhD July 18 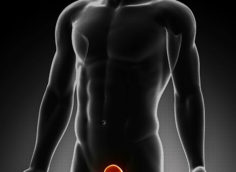 Foods that love your prostate are also foods that shore up your erections. Here's how to get healthy and shored-up at the same time.
Curcumin, Diet Strategy, Feeding the Ideal Body, Nutrition & Supplements
TC Luoma May 13