So, I’m at this health and fitness business mindshare thing. There are all kinds of successful authors, clinicians, health bloggers and other experts in attendance. It’s not long before I find myself in a small group discussion about calories and weight loss.

There’s the “calories are everything” camp and the “hormones are everything” camp. I’m thinking to myself, “This is like arguing about what’s more important to driving a car, the steering wheel or the gas peddle.” It borders on comical. I just silently watch for a while, then I ask a question: “Out of curiosity, what would you guys recommend to a client who’s trying to lose weight?”

Suddenly there’s immediate consensus. Everyone agrees the diet would be mostly protein and veggies, that weight training would be the dominant form of activity, and sleep and stress management are critical. Then I ask, “Why the higher protein? Why not carbohydrate? They’re equal in calories. And why weights over cardio? Cardio would burn more calories. And why are we putting an emphasis on sleep and stress management? Neither has any calories.”

There are two things required for sustained, lasting fat loss: a calorie deficit and a balanced metabolism. Anyone can lose weight for a time, but done the wrong way and you risk gaining all the weight back, just like 95% of all dieters do. And you’re likely to gain even more fat than you started with. This occurs in 66% of dieters.

But why? Most people think the metabolism works like this:

The Law of Metabolic Compensation

If you eat less and exercise more you’ll easily create a calorie deficit, but you’ll also create an unbalanced metabolism. This is one of the most well understood and least controversial aspects of weight loss research. Eat less and you get hungry. Exercise more and you get hungry and develop cravings. Do both to the extreme and your motivation goes out the window and your energy is sapped.

Another thing that happens is your metabolism slows down. In weight loss research this is called adaptive thermogenesis, and it’s highly variable from one person to the next. Research suggests this metabolic slow down averages about 300 calories, but can be as a high as 500 to 800 in some and very low in others. This isn’t just a result of loss of body mass. A person who weighs 180 pounds who diets to get there burns 300 calories less on average per day compared to a person of the same weight who did not diet.

Let’s say you come to me at my clinic and ask me to help you lose fat. I take a purely caloric approach and tell you we need to cut your daily calorie intake by 500 calories per day through some combination of eating less and exercising more. You follow my directions and, for the first few weeks, are losing weight.

Then the Law of Metabolic Compensation kicks in. You start feeling hungry all the time. Your energy falls and becomes less predictable. You start getting late night cravings for salty, fatty and sugary stuff. But you have an iron will, so you suck it up. But now adaptive thermogenesis kicks in. And let’s say you’re one of those people that’s highly adaptive so your metabolism slows things down by about 500 to 800 calories per day.

At this point you have a few choices. You can double down on your efforts and make things worse. You could just give up and go back to eating normally, which will cause you to blow up like a helium balloon. Or you can try to do things a little more intelligently by trying to balance your metabolism first. 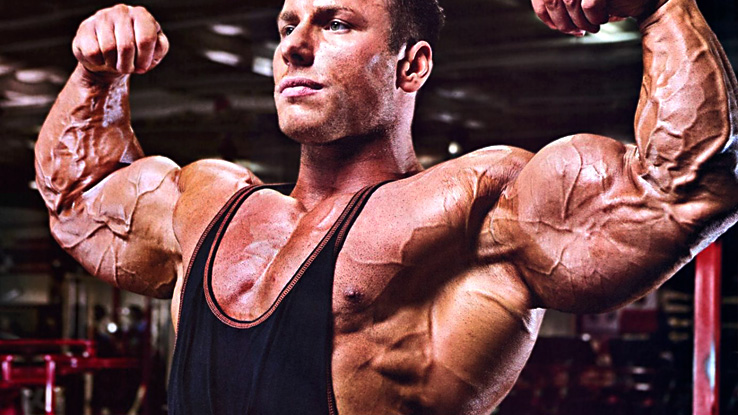 Balance the Metabolism by Assessing HEC

Hopefully you can see why taking a “calories first approach” can get some people in trouble. It’s easy to see the appeal. Calories are easy because you can count them. And when you cut calories you usually will see some short-term benefit. The initial results are alluring and keep many dieters stuck.

You can think of this like a metabolic credit card. You get some benefit in the short-run, but there are long-term penalties to pay later. Hunger, energy, and cravings (HEC or what I call “heck”) is your key to understanding your metabolism and working with, rather than against it.

If your HEC is in check then you can be pretty sure your metabolic system is balanced. And when it is, you’re more likely to achieve a calorie deficit without even trying. So it’s not about throwing calories out the window; it’s about balancing the metabolism first, then attending to calories if required.

Certain calories impact HEC differently. The differences between a doughnut and a chicken breast makes this point nicely. Both have 250 calories, but which is going to make it more likely that HEC stays in check? And yes, reliable intervention trials in humans have shown substituting equal calories of carbohydrate with protein leads to greater weight loss, more fat loss, greater muscle maintenance, and less chance of weight regain.

Now, I’m not the type to throw a whole bunch of obscure science references at you that vaguely support what I’m saying. I’m going to provide you with one very good one, from a highly respected journal and one that will get you up to speed on the Law of Metabolic Compensation quickly. It validates pretty much all of what I just said.

Another part of metabolic compensation is the way calorie combinations impact HEC. One emerging understanding is the way the combination of sugar, fat, and salt (the so-called fast food diet) short circuits your appetite centers. Research in animals is showing that these food combinations not only increase food consumption at the current meal, but also cause increased cravings for the same calorie-rich foods at future meals.

So that 250 calorie doughnut not only makes you want to eat more doughnuts now, but also crave more doughnuts later. There’s no reason to suggest this isn’t the case in humans. This may explain the frequent finding in my clinic of patients who engage in “cheat meals” who then find themselves on a cheat week, unable to regulate their hunger, energy, and cravings.

The Law Of Metabolic Multitasking

The body is not a good multitasker. It likes to be either burning or building, but not both. There are a few exceptions to this rule, but the two big ones are beginners and those using anabolic hormones.

Another name for this law is the Law of Metabolic Demand. The body responds to what you subject it to. This is another major insight to the calorie argument. The idea that calorie excess always leads to fat gain and calorie reduction always leads to fat loss is not accurate. You can reduce calories and lose weight, but that weight may or may not be mostly body fat.

Research tells us the standard “eat less, exercise more” approach to dieting leads to about 20-50% loss of lean tissue (water, glycogen, muscle). That’s important because metabolic rate (BMR) accounts for over two-thirds of calories burned at rest and more than half of BMR is determined by your muscle mass.

So you can be increasing calories and gaining weight, but that weight may or may not be fat. You could instead be gaining lean tissue (water, glycogen, muscle) and if you do, you’re doing your metabolism a favor. The demands you place on your body will determine whether excess calories become fat or muscle and whether reductions in calories will result in fat or muscle loss.

This is why all those experts agreed that weight training should be the dominant form of activity in fat loss programs. It’s the only type of movement that can funnel extra calories into muscle gain versus fat. But it’s not a high calorie burning form of exercise.

There’s a study to illustrate the point. It was published in the April 1999 Journal of the American College of Nutrition and looked at two groups of obese subjects put on identical very low calorie diets. One group was assigned an aerobic exercise protocol (walking, biking, or jogging four times per week). The other group was assigned resistance training three times per week and did no aerobic exercise.

What you do has a direct impact on whether a calorie is a calorie. You can’t separate calories from lifestyle. 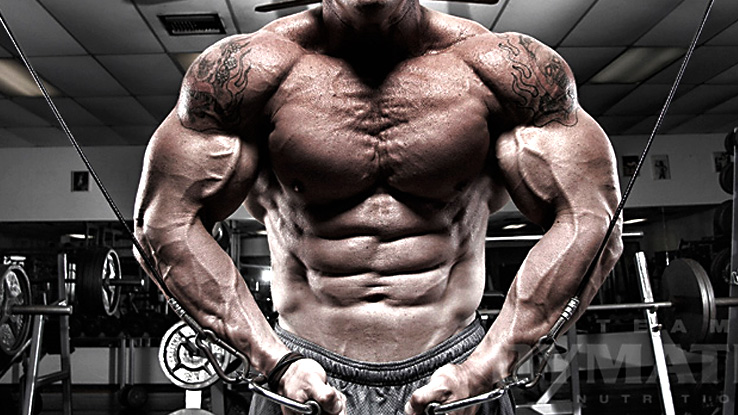 The Law of Metabolic Efficiency

Protein is like unleaded gasoline – more of its energy gets lost as heat. Carbs are more like diesel – less gets converted to heat. And fat? It’s the most efficient of the macronutrients.

Both carbs and protein have 4 calories per gram, but your body will capture less of those calories when you’re burning protein versus carbs. And yes, this has been studied. Substitute equal protein in place of carbs and you’ll see body heat go up and more weight loss.

Protein is not only less efficient and more thermogenic, it’s more satiating too. And it’s more likely to result in muscle mass maintenance in a low calorie state. This means it’s one of the best tools we have to control all three laws. So is 4 calories of protein the same as 4 calories of carbs? No!

This discussion wouldn’t be complete without discussing two other aspects of metabolism that impact efficiency: POPs and bugs. POPs is an acronym for persistent organic pollutants. These things come from the air we breathe, the food we eat, and the water we drink. They accumulate in our bodies and are stored in fat.

When we lose weight they’re released from our fat and make our metabolism more efficient at storing fuel. (Remember, for weight loss you want a less efficient engine, one that puts out a lot of heat.) They do this because they short-circuit our metabolic hormones, especially thyroid. These compounds have been shown to be more correlated with weight regain than even the master hormone leptin. They are a very big deal.

This calls into question the wisdom of paying zero attention to food quality. The quality of food you eat can directly affect the future efficiency of your metabolism. These compounds bioaccumulate in the fat of animals we eat. Lower fat diets and organic animals may play a role in future fat loss attempts.

And then there’s the “bug” issue. “Bugs” is a term we use in the functional medicine world to describe the bacteria populations living in our gut (aka probiotics). You have more bacteria inhabiting your digestive tract than you have cells in your body. Research has now shown certain bacterial colonies impact the efficiency at which we digest and absorb calories.

You can think of these bacteria like an annoying friend who keeps stealing french fries off your plate. They subtract from your calorie intake, because they soak up the energy first. This is a very exciting area of research. One 12-week study showed significant weight loss (2 pounds) and waist reduction (more than half an inch) from just adding a probiotic supplement. Not bad results for doing nothing but swallowing a bit of bacteria each day.

So the question “is a calorie a calorie” is not the correct question. The right question is, how important are calories in the short and long-term fat loss equation? And what other factors are influencing how calories are used and stored? If we want to work with our metabolism instead of against it we need to understand quantity and quality are inseparable and linked.