I also don't think most people need a fat loss expert. What they need is a straightforward, no-frills approach to fat loss.

Check out the physiques of the folks inside your local Walmart or grocery store, even your gym. How many are so elite that they need strategies to get from 6% to 4% body fat?

Compare that with the number that could benefit from simply dropping 20-30 pounds, or might be looking to get into single digit body fat for the first time in their life?

That's what I thought.

This piece is about in the trenches, real world fat loss strategies. And while there's nothing new about what I'm about to present, I'd implore you to focus on mastering these basic tools first, before worrying about the minutia.

To that end, here are the biggest reasons why you aren't getting results from your current fat loss program, along with practical strategies you can use to start seeing a difference today!

When it comes to fat loss programs, I'm a huge advocate of alternating upper body and lower body exercises in a superset fashion. For example, do a set of squats (lower body), rest for an allotted period of time, and then do a set of chin-ups (upper body).

You can use any approach you like, but this example will be used throughout this article.

So why is it when people want to lose fat, they spend more time wussing out on the big exercises?

Look, fat loss programs flat out suck. Try doing a heavy set of 8-12 squats, resting 60-90 seconds, and then following that up with a big compound press or pull.

Rest 60-90 more seconds, and then repeat that sequence 2-3 more times.

If you aren't really uncomfortable in your fat loss efforts, you're not working hard enough. And beyond just crappy exercise selection, most people trying to drop lard don't work hard, period.

They assume that since their reps are higher they don't need to use as much load. While you definitely won't be using as much weight as you would on say a 5-rep max, many take this to a wussifying extreme.

Regardless of whether your goal is strength, hypertrophy, fat loss, etc., you have to push the weights. In fat loss programs, if you're supposed to be doing sets of 10 reps and you could've done 15 or 20 reps, you need to get your ass in gear and pile on some poundage.

The Fix: The first two supersets of your workout should make you cringe.

So big exercises, and pushing the weights are critical. This leads me right into my next point...

When it comes to fat loss, we know that rest periods are important.

But again, there's a big difference between knowing they're important, and actually sticking to them.

I see two issues frequently – men take too much time between sets, while women take too little time.

Guys are notorious for taking their sweet time when training. They're supposed to rest 60 seconds, but then they have to get some water, load the bar, ogle the hot chick on the stretching mats, or a host of other things.

Next thing you know, it's been 2-3 minutes and they still haven't started the second exercise in their superset yet!

Is it any wonder they're still fat?

Women, on the other hand, are notorious for chasing the "burn," and they look like perpetual motion machines gone wrong.

Instead of taking 30, 60 or even 90 seconds in between their sets, they'll bounce from exercise to exercise, taking as little rest as possible.

I'm all for training density – doing more work in less time. It can be a powerful tool. But not if you use it exclusively, or while ignoring other valuable training methods.

Think about what happens if you never rest. What you're doing is trading exercise intensity for training density.

The Fix: Time your rest periods!

Put your headphones on, take a stopwatch to the gym, and become militant about your rest periods.

Guys, get serious about your routine and stop dicking around. It's time to dial it in and do the work! For fat loss, rest intervals are as important a training parameter as the weight on the bar, so respect it as such.

Ladies, rest is important. If you want to maximize your results, there comes a time and place to increase your intensity. Take the allotted amount of rest and push the weights.

The basics of diet aren't that complicated. We're not going to talk about macronutrient splits, nutrient timing, or any other complicated stuff.

We're going to look at the basics, and why most people fail miserably in their efforts to shed body weight and/or body fat.

I can't tell you how many times people have come to me muttering something along these lines:

"My diet is great but I just can't lose weight."

"I eat so clean – I think I must have a hormonal imbalance."

"My mom and dad are overweight. I just have bad genetics."

Sure, there are legitimate reasons why some people can't lose body weight and/or body fat. Unfortunately, most just like to make excuses and play the victim rather than put in the work necessary to achieve their goals.

My new strategy is to have any clients who want to use an excuse perform two exercises first. If they do both of the following and still aren't losing body fat, then we can explore deeper-seeded issues.

If you're not willing to write down everything you eat and drink for at least 7 days, I'm not willing to accept your excuse that you can't lose weight. Period.

About a year ago, a female came into the gym to start training. She told me that she was eating pretty clean, and yet was still unable to lose weight.

I gave her the challenge – write down everything you eat and drink for the next 5 days (I was nicer and less annoyed back then).

She became immediately more conscious of what she was eating and as a result she lost six pounds over five days by simply understanding all the garbage she was inhaling!

A diet history is a powerful tool. Unfortunately, our grasp of serving sizes these days is totally skewed. So if they do the diet history and we still can't find any glaring issues, we add another wrinkle.

Take a 7-Day Diet History, Weighing and Measuring ALL Foods

Do you have any idea what three ounces of chicken really looks like?

What about two tablespoons of ranch dressing or peanut butter?

Or how much a serving of pasta is?

Most people don't, and it's absolutely impeding their fat and weight loss goals.

Another client was in the midst of a 200-pound weight loss when he came to us. (Yes, this guy went from 400+ to just a little over 200 pounds over a five year period!)

When he was with us, one of the biggest changes he made was consistently making better food choices. Instead of snacking on chips or pretzels, he moved to a healthier alternative: almonds.

The issue was that almonds are incredibly calorie dense, and he had no clue how many he was actually eating. Instead of eating one serving, he was eating three, four, even five servings as a snack!

Once he reined this in and focused on weighing and measuring his foods, he broke through a plateau and saw some great changes in his scale weight.

The Fix: Weigh and measure all your foods for a month

Seven days is a great start, and it can shed some light on where you're going wrong. But if you're serious about your fat loss efforts, I want you to know exactly what you're putting in your body on a daily basis.

Is this a massive pain in the ass? Sure. But if being lean was easy, every bro would be sporting a six-pack and every gal would have the figure of a Victoria's Secret model.

The people that get the best results do the things that others aren't willing to do. So get to work!

Let's say your diet is on point, you're training your ass off with the right exercises, set/rep schemes, and rest periods, and you're still not losing fat.

Tell me if any (or all) of the below describes you:

Regardless, this list could go on and on. People keep pushing and pushing and wonder why their body isn't responding.

I try to describe it like this: Your body is like soil. You need to take care of it so it has the potential to grow your garden (or your physique).

But if your soil never gets any fertilizer, you never water it, and it's baking in the scorching hot sun all day, do you really think it's going to have the foundation to grow anything of substance?

Your body is no different.

If you're doing all the hard things right, why not do the easy things that help you get over the weight and fat loss hump?

This can be daunting for some, but start with the basics.

You need to get 7-8 hours of sleep minimum. I know there's going to be one guy piping in on the LiveSpill about how he sleeps four hours per day and is 4% body fat, squats 1000, and benches 700, raw.

Good for you. The rest of us need more sleep to expedite recovery.

Getting lean isn't anywhere near as confusing as some would lead you to believe. Trust me, far too many people are making insane amounts of money by keeping you confused and having an "angle" on fat loss.

If you're serious about getting lean once and for all, apply the four simple techniques and fixes I outlined above. I think you'll be pleasantly surprised with the results! 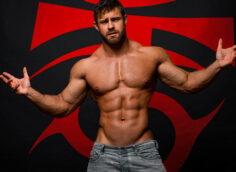