1 – Use vinegar to get lean and build muscle.

Take 2 tablespoons of apple cider vinegar before you go to bed. It’ll lower your fasting blood sugar the next morning by 4 to 6 percent. Continued use – at bedtime and even during the day, mixing it into foods when possible – will lead to an average weight loss of 2 pounds in 4 weeks. More vinegar science.

2 – Eat white rice instead of brown.

Brown rice contains phytic acid, and phytic acid “grabs onto” or chelates minerals (making them unavailable), in addition to inhibiting enzymes we need to digest food.

That’s why white rice is often a superior food. It’s fortified with vitamins, isn’t associated with bloating or food allergies, and when you mix it with protein (e.g., meat), it ameliorates its otherwise high glycemic index.

A 2012 study of mortality in 400,000 people found that coffee drinkers had between 6 and 16 percent fewer deaths. Another found a 24% decrease in deaths over a 19-year period. And the more you drink, the better, although 3 to 4 cups seems to be the sweet spot. However, one study found that 6 cups a day resulted in a 33% decrease in diabetes diagnoses. More coffee science.

Endocrinologists found that women with high or higher levels of vitamin D3 in their blood scored higher on all factors relating to sexual satisfaction.

6 – Eat a small amount of carrots every day to thwart prostate cancer.

The average carrot weighs about 72 grams, and a cup of chopped carrots weighs around 122 grams, so it’s not like you have to eat a Bugs Bunny bushel-full of carrots to get to your 50-gram goal. Just one carrot a day should give you some protection against the most frightening of male maladies. 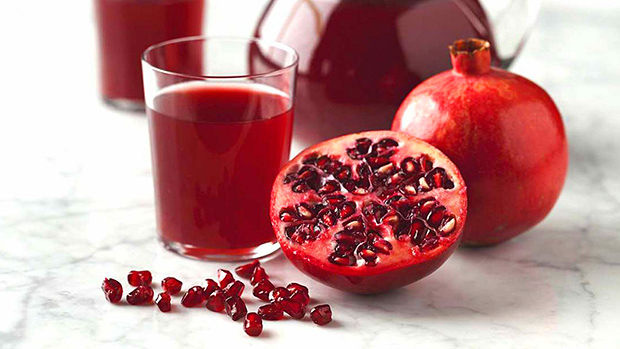 If you want to experiment with the erection-enhancing effects of pomegranate, drink about 6 ounces a day. Whether you need to drink it a set number of hours before sex is unknown, but drinking it in the morning appears to work fine for those planning on getting some action that same evening.

8 – Make your coffee work better by mixing in some cocoa.

Adding 5 grams of “non-Dutched” cocoa to your coffee lessens its anxiety-producing effects while enhancing its cognitive boosting effects. Cocoa is also rich repository of phytonutrients. It contains scads of polyphenols including flavonoids and flavanols, alkaloids like theobromine, and a whole alphabet soup of bioactive compounds.

Together, these substances give cocoa the ability to reduce the incidence of heart arrhythmias and heart disease in general by lowering blood pressure and improving endothelial function. It’s also thought to improve insulin sensitivity, fight cancer, and act as a neuro-protectant. Adding cocoa to your coffee is an easy way to take full advantage of these properties.

9 – Popcorn is as healthy, or maybe even healthier, than vegetables.

Amazingly, popcorn has more polyphenols (health-promoting plant chemicals) than most fruits and vegetables. It also promotes stronger erections and possibly leads to higher testosterone levels. Avoid the microwave stuff, though. Make your popcorn like this. 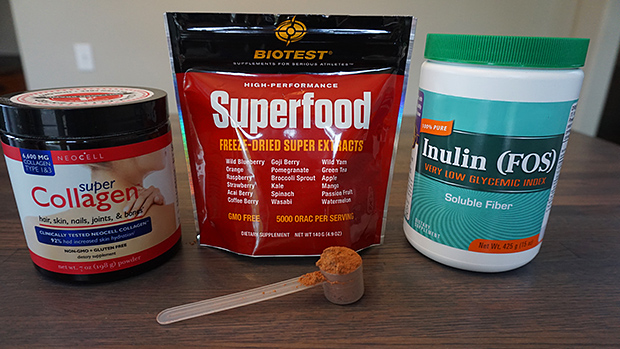 10 – Mix inulin, collagen, and freeze-dried fruits and veggies into one daily health drink.

Inulin is a prebiotic fiber that feeds your beneficial gut bacteria. Collagen is a type of protein that’s been shown to work better than glucosamine and chondritin for making your tendons and joints feel better. Mix the powdered forms of these two supplements into one serving of Superfood, a blend of 18 berries, fruits, and vegetables. It’s the ultimate health drink for lifters.

11 – Cook rice this way to avoid getting fat.

If you boil rice in water mixed with coconut oil, you change the architecture of the rice, turning it into a “resistant starch.” It becomes even more resistant if you then refrigerate it for 12 hours and reheat it before eating. By doing so, you actually reduce the available calories in it by anywhere from 10 to 50%, depending on the variety of rice.

A chicken breast is lean, skin or no skin, and leaving the skin on only adds about 50 calories, depending on the size of the bird. What’s more, about 55% of the fat in the skin is monosaturated. You know, like olive oil. The rest of it, about 2.5 to 3.0 grams, is indeed saturated. Get over it. 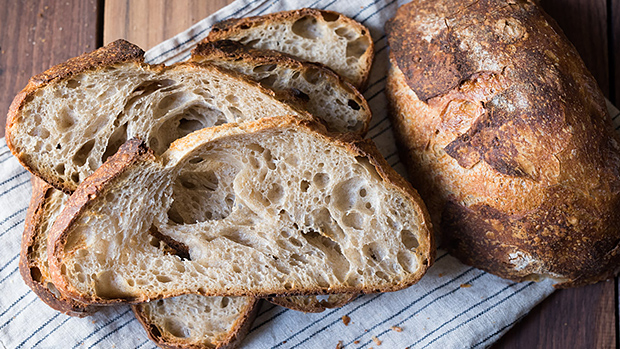 Sourdough bread is made by mixing flour and water and allowing the mixture to ferment. Millions of yeasts and billions of lactobacilli then go to work on the dough. The result is an incredibly complex bread that contains a ton of nutrients including B1-B6, B-12, vitamin E, selenium, manganese, calcium, etc., in addition to complex proteins and fatty acids.

Furthermore, sourdough pretty much shoots down any reason people might have for not eating bread; its gluten has been broken down by the bacteria, it has a low glycemic index, and it has little nutrient-robbing phytic acid.

Researchers at the University of Palermo recruited 23 people between the ages of 18 and 65 to eat a dozen green olives a day for 30 days. Amazingly, the participants lost about a kilogram (2.2 pounds) and replaced it with roughly the same amount of muscle, without any changes in diet or exercise. Here are the details.

17 – Take curcumin for whatever ails you.

Curcumin started off as an effective pain reliever and anti-inflammatory, but then we found out it also fights cancer, blocks estrogen, boosts testosterone, improves heart health, dissolves arterial plaques, reduces the risk of diabetes, and even helps prevent mosquito-born malaria.

Now there’s even evidence that small amounts can improve strength and endurance in pathways unrelated to reduced estrogen and increased testosterone.