However, the biggest problem or complaint I get from clients who use commercial facilities is that it’s really hard for them to tie up two pieces of gym equipment at peak hours. I have my own facility, but I realize this can be a real problem elsewhere.

So I started experimenting with a few things – doing dumbbell lunges and push-ups for example, or step-ups and dumbbell bench presses – where I could use one set of dumbbells and one piece of equipment.

It was an okay compromise, but it started to somewhat limit my exercise selection. And to be honest, it still had the issue of people working in and possibly disrupting your rest periods.

So I went a step further. What if I created a fat loss or conditioning program based around one piece of equipment – where you stayed in the same spot, using the same load for the entire duration.

So I tried it. At first it was awkward, but after reading Steve Javorek’s stuff and talking with über-strength-coach Robert Dos Remedios, I started to implement different variations of combination lifting. I just hoped that it would work as well as alternating sets for fat loss and conditioning, or at least close enough that it wasn’t too much of a tradeoff.

As it turns out, it worked better! In fact, it worked so well that it became a cornerstone of my conditioning programs with several athletes.

Now I’m not the first person to ever use complexes. But after talking to Dos we couldn’t find any formal classification of what constituted the difference between combination lifts, hybrid lifts, and complexes. So we felt the need to define the term:

Combo lifts are broken down into three categories:

So why do they work? Well, quite honestly, it’s because they’re hard as hell! A five-movement complex x 6 reps has a total volume of 30 reps per set! But rather than do a 30-rep set of one exercise (and have to use the pink dumbbells), you’re only doing 6 reps before changing the exercise, so you can stay (relatively) heavy.

At only 100 pounds, that comes out to 3000 pounds of total work per set. Do four sets with about 90 seconds rest between sets and you’ll have moved 12,000 pounds in about eight or nine minutes.

To summarize, here are the four main reasons to consider combos or hybrids:

3 – Change-up: Break-up Monotony (this is more for athletes)

Be warned, these are pretty grueling. Perform the complexes at the beginning of your workout when you’re fresh. They’ll elevate metabolism beyond anything you’ve ever experienced before. 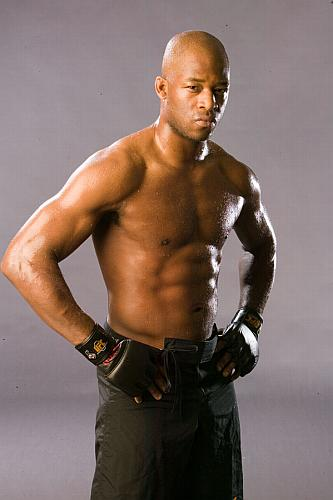 The most frequently asked question about complexes is how much load to use. Remember, it’s a metabolic stimulus, not a strength or hypertrophy stimulus, so be conservative. MMA pro David Loiseau uses only 85-95 pounds when doing the complexes I prescribe for him.

Now don’t go too light either. A good “Cosgrove rule of thumb” is that if you’re not questioning why in the hell you’re doing these exercises, or convincing yourself that twice around is enough, you’re not going heavy enough.

Let’s get into it. Perform each complex once per week for four training sessions per week. Use the following progression: 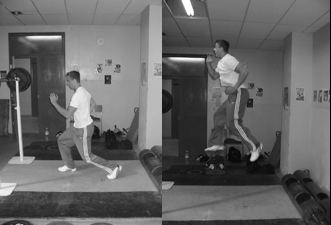 Note: Try to work all exercises at a speed of 1-2 reps per second.

This isn’t for the faint-hearted or deconditioned. It’s not a beginners routine. If you’re coming back from injury or illness, don’t try this program yet. It’s brutal.

But if you follow this routine for four weeks you’ll see a very significant improvement in your conditioning and a massive drop in your body fat!