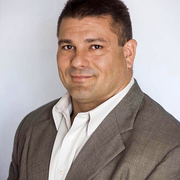 Chad Coy has competed as a Pro Strongman since 1998. He served as the alternate to World's Strongest Man in 2001, and competed 10 times in the open America’s Strongest Man. After transferring to the Masters division, he has won 3 national titles, been runner up 3 times, and competed at the World Championships 5 times. He currently lives in Bloomington, IL, where he serves as the Director of Method Sports Performance. Follow Chad Coy on Facebook