There are a few inescapable realities when it comes to effective weight training:

It sounds like a no-brainer, but working hard and continuing to work harder and harder over time, is, well, hard, and damn rare to boot. People resist it, and the human brain is absolutely masterful at convincing you that there’s probably an easier, or at least a less monotonous way, to achieve your goals. But it’s a huge, 800-pound lie.

When it comes to lifting weights, novel exercises or training methods are often substituted for hard work. And what makes this phenomenon so insidious is that “new” really is better sometimes. Think about how valuable the squat rack was to guys who were early adapters of that innovation.

Before, if you wanted to squat, you had to load the bar while it was lying on the ground, upend it to a vertical position, and then wedge yourself under it, do your set of squats, and then reverse your setup maneuver to get the bar back on the ground.

A much more recent innovation that’s been very helpful to many lifters is blood flow restriction training, which allows you to make good progress using relatively light weights. (It still hurts though, so don’t think it’s a shortcut.) 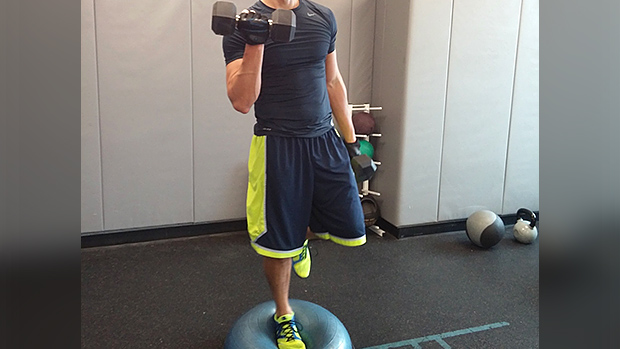 Most of What Everyone is Doing is Bullshit

So, while novelty is sometimes a good thing, in the world of resistance training, it’s much more likely to be a subconscious strategy to sidestep the hard work that’s necessary to achieve remarkable levels of strength and muscularity.

This sidestepping often takes the form of, but isn’t limited to, novelty stuff like:

Now if you happen to use, do, or even love one or more of the items, you may be in danger of missing my overriding point: Tools and technologies aren’t good or bad unto themselves. Instead, they have a relative degree of utility against the context of your training goals.

I’m assuming your goals are to get bigger and stronger. If you’re in need of physical therapy, dance training, or much greater levels of speed, agility, or mobility, or even Instagram followers, this might not be your article. But if you’re all about getting bigger and stronger in the most direct and efficient way possible, you need to get back to old-time basics. 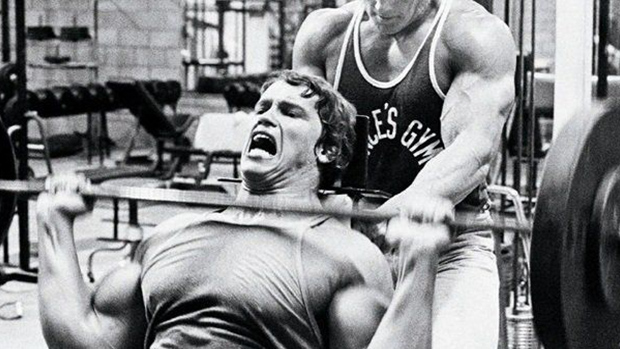 What You Should Be Doing

Stick to using mostly proven, multi-joint exercises (nearly all of which have been in use before your father was born) using conventional rep ranges of between 5-15 per set. Examples include, and are in fact mostly limited to:

Now, inevitably, your tiny fists are clenched because I’ve missed your favorite move or machine with this list. Maybe you love the reverse hyper, hip thrusts, or goblet squats. That’s fine, just don’t be excessively myopic and miss the point, which is this:

If your regular exercise menus look much different than what I just presented, you’re probably off track.

Take a quick look back through the history of weight lifting. If you look at the physiques and strength levels of top bodybuilders, powerlifters (and even power athletes such as shot putters) from the 60’s, 70’s, and 80’s, you’ll quickly realize that these athletes could easily hold their own against today’s top stars, despite the fact that today we have a much more advanced understanding of nutrition, recovery, and how many needles one can jam into himself before expiring.

Do a quick Google image search for people like Doug Young, Dorian Yates, Aleksandr Karelin (wrestling), Ed Coan, Bill Kazmaier, Tom Platz, Anatoly Pisarenko, and even Arnold himself, and you’ll see my point. All these guys trained using very “basic” fundamental exercises and methods as compared to the things that are currently distracting today’s lifters. 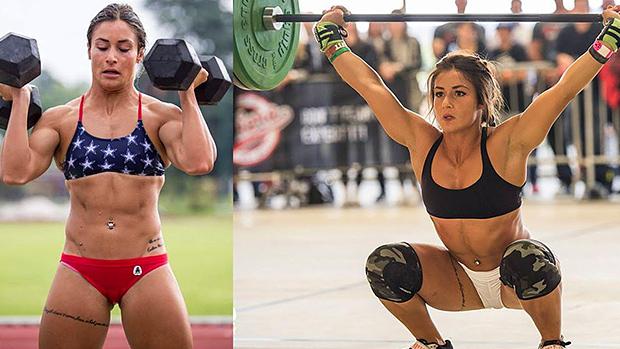 Another fairly recent trend adds further weight: The recent explosion of unbelievably strong and jacked women in strength sports – largely due to CrossFit by the way – is the result of many more women engaging in conventional weight training exercises than in years past.

It wasn’t until the explosive rise of CrossFit that hundreds of thousands of women began to explore legitimate, proven resistance-training methodologies such as weightlifting and powerlifting.

Oh, you’ve got issues with CrossFit? Yeah, me too. But guess what CrossFitters do that basically nullifies most of the other silly shit that they also do? They work HARD on dips, Olympic lifts, squats, pull-ups, handstand push-ups, muscle-ups, weighted push-ups, heavy overhead pressing, sled dragging, high-rep deadlifting, and all sorts of other brutally hard shit that most of their detractors wouldn’t even dream of doing.

And, in CrossFit, every workout is a group competitive event. Not only are you doing fundamentally difficult drills, you’re also pushing as hard as you can, every workout. And while that’s not exactly optimal in terms of fatigue management, it still works because in resistance training, consistent hard work solves pretty much all other problems.

Where Are the Strong Guys?

As a parting thought, consider that when training gets really hard, the things you’re currently doing, even if they’re the best possible choices, gradually start to lose their appeal. And then, pretty much anything BUT what you’re doing now starts to look really attractive – a new coach, a new program, a new exercise, a new T-shirt, a new gym – anything but what you’re doing now.

In fact, the overwhelming amount of “paralysis by analysis” that all experienced lifters are familiar with is a manifestation of this phenomenon.

Success in the world of strength development and muscle building requires the ability to suck it up and work hard on proven basics for long periods of time.

It requires the ability to resist the constant temptation to switch gears in the hopes that a new approach or method might work better or faster (or at least be more interesting) than what you’re doing now.

The truth is, boredom and drudgery are virtually required components of scientifically valid training, because if you’re not experiencing them at least sometimes, it probably means you’re not working hard enough.

And that, my friends, is why there aren’t more insanely strong and massively muscular guys out there. The truth is a bitter pill, but one that must be swallowed.