But what would happen if women took really small amounts of testosterone? You know, sane doses. Would they have any effect on physical performance, strength, or body composition?

Surprisingly, some Swedish scientists tried to answer that question. Given the rep of the Swedes in general of being overly sexed, you'd maybe guess the study had something to do with creating super love zombies, but no, the study was based on a simple, innocent observation about women in sports.

The scientists knew that a certain percentage of the female population was genetically inclined to produce more testosterone, but what interested them in particular was that these naturally high-test women were 140 times more likely to be found among top-level female athletes.

With that observation in mind, the scientists wanted to find out whether these high testosterone levels contributed to their success in sport, and if so, to what degree, so they laid out some kanelbulle and other Swedish pastries and lured some Swedish women to participate in their study.

What they found has implications for not just female athletes, but women who are just interested in having a more aesthetically-pleasing body.

Forty-eight healthy, physically active women between the ages of 18 and 35 were randomized into 10 weeks of treatment with 10 mg. of testosterone cream daily or placebo.

During the 10 weeks, the scientists measured blood levels of testosterone, running time to exhaustion (on an inclined treadmill), cycling as fast as they could for 30 seconds (the Wingate test), vertical jumping ability, and leg extension torque.

The women receiving the cream experienced blood levels of testosterone that were 4.8 times their non-treated state. While the cream didn't have any affect on their leg extension ability or their jumping ability, it did improve their treadmill endurance, as well as their cycling ability.

The users of the testosterone cream also increased their muscle mass by 2%. Even so, they didn't gain any weight, indicating that the additional muscle had simply displaced body fat.

Unfortunately, the use of testosterone had a price, at least in some of the women. More than 70% of them experienced an increase in acne and facial and body hair.

"Our study supports a causal effect of testosterone on physical performance, as measured by running time to exhaustion, in young, healthy women. Thus, the ergogenic effect of short term, moderately increased testosterone concentration seemed to apply for aerobic performance only. Testosterone also promoted a leaner body composition with an increase in muscle mass although body mass was unchanged." 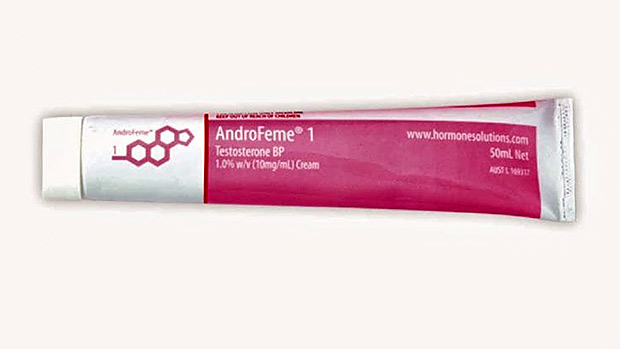 How to Interpret This Info

The women in the study were given a product called AndroFeme, a product typically given to women in Australia to treat menopausal symptoms and low sex drive. The recommended dosage of the product for these women is 5 mg. a day, which is half of what the Swedish researchers used to create their faster, inexhaustible super women.

Granted, the dosage used in the study was still pitifully small, at least when compared to what female physique competitors or the occasional wayward track athlete might use, but the researchers were trying to replicate the relatively high blood levels of testosterone found naturally in certain female athletes.

However, even at that small dose, the women did see progress in speed and endurance. That likely occurred because the testosterone acted like chemical blood doping and increased red blood cell count, which is often low in women in the first place because of menstruation.

One wonders what the results would have been, strength and size wise, if the women had concurrently participated in some sort of organized resistance-training program.

Are the Side Effects of Testosterone Worth It?

Here's the thing, though. Even if an American woman wanted to recreate the Swedish experiment in an effort to improve her athletic performance, she couldn't do it because AndroFeme isn't available in the United States. Neither is any female testosterone cream (although some are currently being considered and different types are available through compounding pharmacies).

However, there are several creams available for American men, and their recommended daily doses could easily be tittered down for female use. For instance, the general recommend dosage for men is to apply one tube of 1% testosterone cream (Testim) to their thigh or lower abdomen on a daily basis. 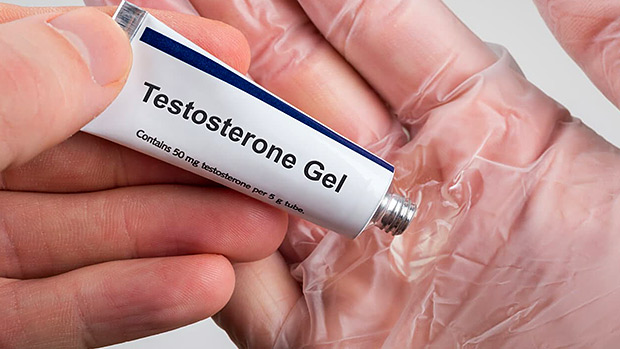 Women could easily use the same product applied in the same way, only making the tube last for 10 days instead of one day (by applying ONLY three to four drops of gel per day).

This would give them a dosage of about 5 mg. of testosterone a day, which is equal to what's contained in the AndroFeme product and half of what the Swedish researchers used in their study.

But would this very small dose convey any positive benefits to women? For post-menopausal women, the answer is probably yes.

For younger women, the answer is less certain, although I suspect the results would at least lean in the direction of the results found in the Swedish study: It would make it slightly easier for these women to lose fat and put on muscle, as well as increase their red blood cell count, thus giving them more endurance.

Doubling that dosage to the amount used in the Swedish study has its risks because of those damn side effects. I'm pretty sure most women wouldn't accept any additional body hair, especially on the back as its not a good look and all the tweezing, shaping, and penciling in of bare spots in the world wouldn't make much of an esthetic difference.

Of course, this unwanted hair growth, along with any acne, would go away upon cessation of the drug, but any deepening of the voice (however unlikely at these tiny doses) would be permanent.

Less grim side effects include a stronger sex drive, more energy, and less "dribbling" (from a strengthening of the muscles that form the pelvic floor).

Still, given the high number of women in America who appear to be low in the "male" hormone, it's easy to understand how this makeshift method of testosterone replacement is something they might consider.

There's some real world research going on about steroid hormones (not much, mind you, but some).
Living Better, Pharma, TRT
Tim Ziegenfuss, PhD June 14 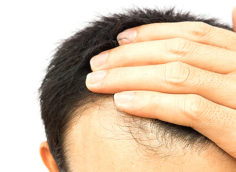 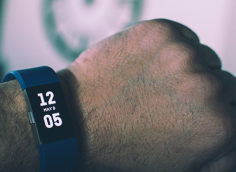