He looked scrawny in clothes. As an Asian male, at that time he was immediately pegged as nerdy and weak. Except something was very different about him.

He had an intensity in his eyes that telegraphed his power. He had a warmth that made his power magnetic and mysterious rather than threatening. And he had a way of listening and communicating that made you feel like you were the only person in the room and he was there just for you.

And then you'd realize he was one of the strongest pound-for-pound athletes on the planet, and he wasn't scrawny at all but rather ripped to shreds. His name was Bruce Lee and he was a martial artist, philosopher, and cultural icon that completely transformed the way the world viewed Asian men and fitness in the short 32 years he was on the planet.

He practically invented the protein shake, taking boiled meats and veggies then blending them so he could carry his nutrition with him everywhere. He may also have invented metabolic conditioning as his training was a mix of bodybuilding, intense martial arts, and powerlifting. 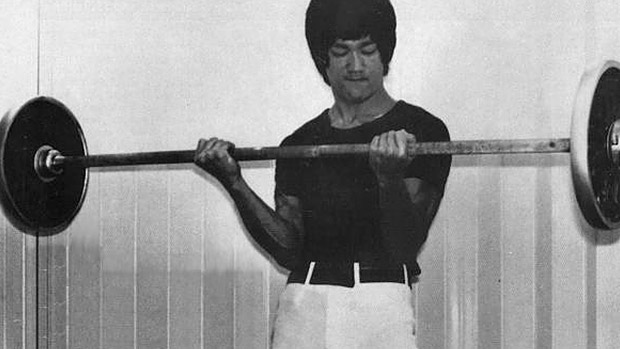 He wrote extensively and his work is profound and loaded with explosive truths. If you're a student of philosophy you'll immediately recognize him as the perfect mix of stoic and Taoist. His book, Artist of Life, is simultaneously a guide to training and philosophy with profound insights on almost every page.

Here are just three ideas paraphrased and adjusted slightly by me to illustrate the point:

1 – "To know thyself you must study yourself in action with obstacles or others."

The lesson here is to not take what anyone else says or tells you without testing it yourself. This is a fire-then-aim approach versus an aim-then-fire approach. What he was teaching here is that you should take action first and then adjust based on outcomes. Any lifter can relate to that principle in the gym and it's the same in life.

2 – "Absorb what is useful, discard what is not, and add what is uniquely your own."

Here Bruce is telling us that you don't find a way; you create a way. It's not about finding the perfect diet or exercise program, it's about creating it from experience over time.

Water can change based on the environment it finds itself in. It can become solid, liquid, or vapor. What he's saying here is to survive, get better and become strong we must be infinitely adaptable and ready to adjust, grow, and change. This is how we get better in the gym or in life.

Want to develop grit and resolve? Tap out, learn something, then get right back in there and fight again.
Motivation, Opinion, Powerful Words, Strong Words, Tips
Chris Colucci March 30