It Rhymes. It Must Be True.

There's an entire population of people who believe that statements are true and profound if they contain rhyming words. People who say, "happy wife happy life" un-ironically are members of this group. They don't examine ideas; they just adopt cliches as proverbial life advice because it sounds poetic.

Need another example? Here's one: "You must do what others don't to achieve what others won't."

Sure, rhymes can be kinda fun. Without them we wouldn't have all our favorite crappy music. But you can appreciate wordplay without making it a mantra or turning it into unsolicited life-coaching advice for your friends who secretly think you're full of it.

Reciting catchy slogans and taking them seriously doesn't reflect your ability to think critically. It just makes you sound dumb.

"Train Insane Or Remain The Same!"

It seems like this one was made up by a coach who was Jillian Michaels-ing her clientele and convincing them that if they don't go balls out, they won't make any progress. But the problem with this should be obvious.

What does training "insane" even mean anymore? Does it mean running faster for a 20-30 second interval? Because that's not insane. In the right context it's actually very sensible. Does it mean doing a challenging metabolic conditioning circuit? Also, not insane.

The boring-but-true thing is, results don't come from insanity, they come from calculated progression, consistency, and effort. And your body most certainly won't "remain the same" if your workouts are well planned and adequately challenging. But those concepts don't rhyme so they weren't used in this idiotic motivational quote.

There Are 2 Types of People Who Say This

1 – Average exercisers who think that what they do is insane.

They might say this to get themselves revved up about exercise, but they mostly just do run-of-the-mill stuff. Note: There's nothing terribly wild and crazy about doing dozens of burpees or swinging a kettlebell with bad form. It may tire you out, but it's been done before.

And what's weird is that guys who say this look pretty much the same on a year to year basis. So training insanely may not be doing much for them... unless they're ending up injured, in which case, they're "remaining" worse off.

That's another problem with this mantra, it tends to inspire people to do legitimately insane things that can get them injured... which brings us to our second group.

2 - Strong people who really are a bit insane.

There are those who do truly crazy things (stunts basically) just to see if they can. Sometimes they get away with it, and sometimes they go to the hospital. Mastery in the gym can make you feel invincible. This is dangerous. Doing not-very-smart things with your body and heavy weight usually has more drawbacks than benefits. I'll admit, it's fun to watch, but please don't die trying to entertain us.

Even if you're NOT a member of the "train insane" brigade, you might still have a problem with this mentality. If you have a voice in your head constantly telling you that what you're doing isn't good enough and you should add more volume, go faster, go heavier, push harder... then beware. You may be what Christian Thibaudeau calls a "stimulus addict."

And you'll need to learn how to harness it. Consider self-restraint a part of your training. This psychological need to feel like every workout was a little over-the-top can be counterproductive. Even if you finish many of these sessions feeling like a champ, accumulating stress from workout to workout without allowing yourself to fully recover can mess you up on the inside and lead to serious health problems down the road.

And what for? To feel above average? To do what normal people would consider impressive? It's juvenile, and despite all the positive feedback you may get on social, nobody cares what you can do. We have lives.

Yes, it's good to be driven, but if you're into this whole fitness thing, restraint is your lifeline and training insane is not super smart.

The biker put him through a workout that was decidedly unscientific, but it taught Darren a lesson about lifting. Hope you've got some equipment in the room because you're going to want to hit the weights right after you read this.
Opinion, Powerful Words, Strong Words
Darren Ellis July 25 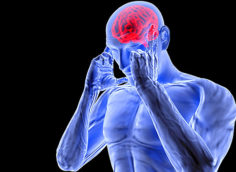 Here's how your brain and personality type might be guiding you towards making the wrong decisions about training and nutrition.
Health & Longevity, Living Better, Motivation
Nick Tumminello May 20