A 12 Inch Needle in My Liver

I was 20 years old and in for a routine check-up that included some labs. At this point in life, I lifted weights six times a week. I assumed everything would look flawless. I was wrong. I got a call back from the sports medicine GP saying I needed to come back in and discuss some elevated lab values.

The doctor was very concerned about why my liver values (AST and ALT) were elevated. He felt that there was a possibility for liver disease occurring, or worse. He decided an ultrasound was needed to get a better look at my liver. I got the ultrasound done and started to do some reading about the lab aberrations in my results. I found that there were possibilities my doctor overlooked, like hard weight training.

The ultrasound came back normal. The doctor wanted to move on to a liver biopsy, but that was where I drew the line. I kinda disliked the idea of sticking a 12-inch needle into my liver. Turns out, the doc hadn't considered the effects of training on lab results.

It's not that an athlete's body is functioning differently than his non-lifting brethren. It just comes down to the stress placed on the body when someone intensely exercises. Heavy exercise doesn't affect all of the labs, but it does change some key ones that might be run as general wellness checks.

Heavy training is a trauma and stress on the body. Resistance exercise tears muscle fibers, creating damage and releasing various enzymes into the body. Heavy running can create enough muscle damage that urine will even change color from hemolyzed red blood cells. Hydration levels can fluctuate considerably depending on the training environment. Diet is another area that can affect the blood levels of various enzymes and markers.

Labs are typically ordered in groups called panels. A panel that analyzes electrolyte levels and kidney function is referred to as a "basic metabolic panel" or chem 7. A "complete blood count" or CBC delves into the body's circulating cells. Each panel measures various biomarkers that represent indicators of different organs or functions in the body.

CK is found in the mitochondria and cytoplasm of skeletal muscle (predominantly), cardiac muscle, brain, and other visceral tissues. Its primary function is in the generation and facilitation of transportation of high-energy phosphates.

Skeletal muscle, myocardium, and neuronal tissue are the primary sources of CK-MM, CK-MB, and CK-BB, respectively. It catalyzes the reaction of forming high energy molecules of ATP from ADP. ATP is the source of energy for cells to carry out various reactions, and in skeletal muscle ATP is used for contraction of muscle fibers.

So, if your CK levels come back elevated there's a possibility it's from disease, but it might also be from muscle damage incurred during training. These elevations can last for up to 7 days after a bout of training. The more damage during exercise, the higher the levels will rise and the longer they can stay elevated.

BUN is a measure of urea levels in the blood. Urea is made from ammonia which is toxic to the body at high levels. So, under normal PH levels, ammonia is converted to urea to be filtered through the kidneys and excreted. Ammonia is generated from the disposal of nitrogen.

One place that we find nitrogen is in amino acids – the building blocks of protein. As more protein is broken down, nitrogen and therefore ammonia is generated. This ammonia is converted into urea and excreted (the ammonia cycle).

A high-protein diet combined with hard training create protein turnover and urea production is increased, which is fine. But this turnover can cause BUN levels to be elevated, so your doc may think it means kidney dysfunction and dehydration. Make sure your healthcare providers know of the possible reasons for BUN elevation so they don't jump to conclusions.

ALT is found mostly in the liver so it's more specific to hepatocellular damage (liver damage). AST is found in the cytosol of many other cells like muscle, brain, lung and pancreas, which makes it less specific to the liver. AST and ALT have both been found to be elevated after acute bouts of training. One study found that levels can be elevated for up to 7 days after a bout of lifting in men not used to weight training.

The muscle damaged incurred during heavy endurance training or lifting releases the enzymes into the bloodstream which will then cause the blood tests to be elevated. High-protein diets have also been shown to increase the concentration of these enzymes. The rise doesn't occur from damage but because the body upregulates the production of these enzymes as you consume more protein.

You can see how combining hard training with a high-protein diet can cause elevations in AST and ALT. Now, of course, there can be a disease process occurring as well. So you shouldn't just write off elevations, especially in conjunction with other symptoms like abdominal pain, jaundice, change in stool color, and darkening of the urine. (Of note, alcohol and medications can also cause increases in liver values.)

I want to emphasize this isn't a guide to skip labs or not look into lab aberrations. Just use this info as the start of an educated conversation with your medical provider. 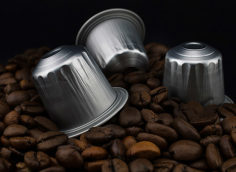 You need to feel the pressure to find your true potential. Here's why and how to do it.
Motivation, Opinion, Powerful Words, Strong Words, Tips
Christian Thibaudeau August 24
Unfortunately, most of the methods usually used to determine body fat are woefully inadequate and rife with potential problems.
Health & Longevity, Living Better
Jason Norcross May 17