If you name a baby Jarvis or Jeeves, chances are it's going to grow up to be a butler or manservant. If you name a baby girl Candi with an "i," you might as well put a unicorn-festooned stripper pole in her bedroom because you've pretty much laid out her career path.

The same thing happened when some scientist gave the name "growth hormone" to the 191 amino acid peptide he'd just isolated. Regardless of how it plays out in real life, the name itself would guarantee that athletes and bodybuilders would covet it from that point on, practically salivating at the prospect of all that juicy growth.

Such is its reputation that most lifters would use GH if they could get their hands on it, or, more accurately, afford it. Others eagerly read articles about how to elicit its natural release. Others take supplements to coax the body to produce it, but it's all horse puckey.

They're right, of course, in thinking that substantial amounts of GH might indeed increase lean body mass, but it's just because of an increase in extracellular WATER – all show and no go. At least that's the finding of a recent paper that pooled the results of 11 randomized controlled trials of the effects of GH on body comp.

This paper also makes me think there's a hitherto unthought-of GH side effect that bodybuilders might want to consider before mortgaging their house to buy a good supply of the stuff.

Big Monsters, Yes, But Not Because of Muscle

Writing in the publication Human Physiology, the researchers reported that "GH administration significantly increases the lean body mass... and reduces the fat mass without changing muscle protein synthesis rate and muscle strength as compared with placebo."

And then they administered the coup de grace:

"The increase in lean body mass is due to an accumulation of extracellular water."

Ergo, guys who got big(ger) from using GH are just human versions of the Grow Monsters that parents give to toddlers. Stick them into water and the tiny blobs quadruple in size to form all kinds of colorful dinosaurs, but those dinosaurs are no more dangerous than they were before they sopped up all that water.

There's Got to Be Some Validity to GH, Doesn't There?

Despite the finding that GH isn't much good for increasing actual muscle or strength, the hormone comes with some "yeah buts":

Those "yeah buts" appear to be valid, especially the first one. I've long been of the mind that GH should be used virtually without restriction for treating stubborn, long-term connective tissue injuries.

The other "yeah but" is more problematic. The idea of using GH for fat reduction is appealing, but you have to weigh the cost/benefit ratio. Is losing a pretty modest amount of fat worth a small but possible increased risk of cancer in general, particularly for the prostate, as some studies have suggested?

After all, it really doesn't take a humungous deductive leap to think that anything that causes cells to grow might also cause cancer cells to grow.

Another Ugly Truth About GH

GH comes with another couple of "yeah buts" that pertain specifically to bodybuilders:

Both of these statements appear to be true, and it's up to individuals to decide if the alleged risks of combining GH with steroids or using huge amounts of GH are worth it. However, I've got another observation to throw into their decision-making mix.

(The latter phenomenon is also known as cell volumization, and aside from causing a cosmetic increase in the size of muscle cells, it also triggers intracellular machinery to increase protein synthesis. That's a good thing, at least for people who want bigger and stronger muscles.)

The trouble is, all that GH-caused extracellular water has another, more colloquial term: water retention – and it's the bane of competitive bodybuilders, not to mention bikini models.

Take a look at the following two photos:

The one on the left is of Tom Platz's legs, circa 1980. It's a safe bet that Tom didn't use GH. This was before Genentech had started clinical trials of its biosynthetic version of the hormone. Back in Tom's day, the only way you could accumulate therapeutic doses of GH was from the pituitary glands of corpses.

While I only know Tom casually, I'm pretty sure he'd find using a hand-held orange squeezer to milk the GH from pituitaries somewhat distasteful.

Now look at the picture on the right. It's of a competitor from a recent Mr. Olympia contest. Notice anything different? While almost anybody's legs would suffer by comparison with the Quadfather, the bodybuilder on the right doesn't look to have benefitted from almost 40 years of increased knowledge of training or chemistry.

In fact, he almost looks like he's retaining water. Despite presumably using all the tried-and-true techniques for ridding himself of every last bit of muscle-definition ruining moisture, something looks like it's still making him a tad smooth, at least in comparison to the Golden Eagle.

Is it from using large amounts of GH? It could be, and yet another reason why competitive bodybuilders might want to reevaluate their indiscriminate use of the drug. 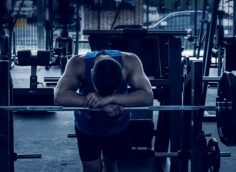 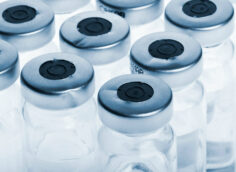 Studies show that telling others about your goals makes you less likely to achieve them. Here's why, plus a better method.
Opinion, Powerful Words, Strong Words, Tips
Chris Shugart December 19