Even John Sylvan, the guy who invented them, thinks they suck. He figured they’d only be used by heartless corporations to caffeinate their despondent employees, or maybe by rumpled police detectives who wanted to coerce a confession out of some serial killer.

America surprised the shit out of him, though. If recent stats can be believed, over 75 million Americans have K-Cup machines or K-Cup knock-offs in their homes and they use them multiple times a day. Americans ignored their high cost, their environmental destructiveness, and their scorched metal taste and filled their cupboards with the tiny pods.

K-Cup drinkers might have a problem, though, and it’s far worse that just having the palates of goats. It seems that people who drink K-Cups – or any kind of unfiltered coffee – might be more susceptible to heart disease and Type 2 diabetes.

At least those were the findings of two large Scandinavian studies comparing the effects of filtered coffee to unfiltered coffee (of which K-Cups are an example).

Swedish scientists found that drinking coffee made with paper filters lowered the risk of dying by 15%. Their study, which appeared in the European Journal of Cardiology, provided “strong and convincing evidence of a link between coffee brewing methods, heart attacks, and longevity.”

Lest you think this was some Podunk study done with three mice that live in the back of a Starbucks, the scientists came to their conclusions after tracking 508,747 Norwegian men and women between the years 1985 and 2003.

Another study conducted by Swedish scientists, this one in the Journal of Internal Medicine, also found healthful benefits from drinking filtered coffee, but this time concerning Type 2 diabetes. People who drank two to three cups of filtered coffee a day had a 60% lower chance of developing the disease than those who drank less than one filtered cup of coffee a day.

While not as large a study as the previous one, this latter study involved almost 900 men and women. 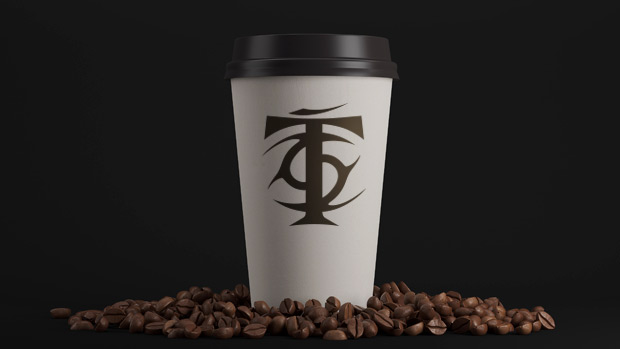 The benefits from drinking filtered coffee apparently have to do with diterpines, which is a fun word to say. Go ahead, say it: diterpines. Fun!

Anyhow, the paper filters remove the diterpines from the coffee, subsequently allowing coffee to convey its healthful effects through the actions of different phenolic substances.

It’s odd in a way because diterpines have a reputation as being both antimicrobial and anti-inflammatory, but chemicals often act in different ways than you expect them to when they’re combined with other chemicals, as might be the case with unfiltered coffee.

Luckily, boiled, unfiltered coffee isn’t something you typically see in the U.S. unless you’re sitting around the campfire after a day of driving cattle from Texas to Montana. No, it’s more of a European thing. However, you do see plenty of people in the U.S. drinking the aforementioned K-Cups, which of course don’t use a filter.

Another example of unfiltered coffee is espresso. While espresso makers typically use a metal filter, they don’t remove diterpines like paper filters. Likewise, plenty of Americans use metal filters covered with a microscopic layer of gold when making drip coffee and they too lack the ability to remove the diterpines.

This filtered coffee vs. unfiltered coffee thing might go a long way in explaining some of the inconsistencies we sometimes see between scientific papers on the benefits of coffee. While most give coffee a hearty thumbs up, some find negative associations between coffee and health, such as those that accuse coffee of raising cholesterol.

Maybe the ones where coffee didn’t do so well used unfiltered coffee?

Regardless, most Americans are already drinking coffee dripped through paper filters. To them, I say carry on. The K-Cup drinkers might, however, want to go back to their old Mr. Coffee makers. Likewise, espresso drinkers might have reason to put aside their fancy-schmancy European airs and reconsider their choice of drink.

Related:
The Healthiest Coffee to Drink