"Body love is crucial. You should praise yourself every time you look in the mirror!"

Here's a better idea: Love effort, love achievement, and stop being so self absorbed.

What is "Body Love"?

"Body love" is a term used mainly by people who fixate on their bodies, feel like crap about their bodies, and then broadcast to the world the exact opposite. They want you to believe that THEY believe every dimple and crevice of their flesh is attractive, so they've created a movement to make it socially acceptable to shove their belly rolls in our faces.

But talking about how much you love your body means you're probably trying to convince yourself of something you really don't believe. The problem isn't a lack of self-love; it's a lack of effort, action, progress, and achievement... and overwhelming self-obsession. "Body love" is code for this self-obsession. It's forced narcissism, which is now encouraged and applauded these days.

What ever happened to humility? And when did body love become a greater virtue? C.S. Lewis once said, "Humility isn't thinking less of yourself, it's thinking of yourself less." Yet it's seemingly more important to put yourself on a pedestal for no reason than it is to place your focus on things outside yourself.

If you think about it, insecurity and narcissism aren't really opposites. They're both the result of fixating on yourself too much. Body love is how people rationalize that fixation.

Incidentally, whenever people broadcast their love for their bodies, I'm always reminded of the guy or gal who gushes all over Facebook about how much he or she loves their significant other when their relationship is on the rocks. Is it denial? Compensation? Or maybe they're doing the reverse of what's expected (overkill, really) to try and "be positive" about a bad situation.

Need a self-esteem boost? Do something worthy of esteem. Do work. Choose something hard, uncomfortable, and outside your current skill set. Put yourself in a situation where you have to suck for a while because it's that difficult.

This is especially valuable for those with body image issues. Why? Because when you try something for the first time you're going to have to focus on the craft rather than yourself. This will give your mind a reboot. As you become more competent, you'll develop REAL satisfaction, not the contrived, "I love myself for being me" bullshit. That stuff is a facade, plus nobody believes you when you say it.

Achievement always trumps words. And learning to do a new skill when you're surrounded by people better than you is a reminder of what you CAN achieve with the right work ethic. Just get your mind off yourself. Connect. Make actual friends, and not the kind who are also insecure narcissists because they'll convince you that body love is good, but only because they're in the same situation – totally compensating for a belief that's not there. 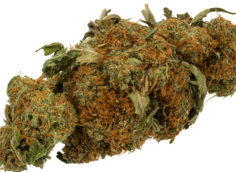 It's inconsiderate and everyone thinks you're a wanker. Here's why.
Opinion, Powerful Words, Strong Words, Tips
John Romano April 19 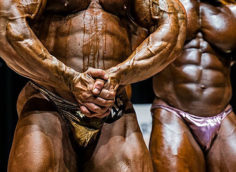