I don't have a lot of pet peeves in life anymore. Part of getting older (if you're doing it right) is developing the ability to let go of things you truly have no control over and devoting more time and emotional energy to the things that you can control.

But I do still have some training-related pet peeves... like the internet injury police.

You know them. Post any exercise video and without fail there will be a few ass-clowns that feel the need to chime in about the dangers of behind-the-neck presses, false-grip pressing variations, controlled cheat curls, etc.

I usually check out their profiles. About 99% of the time, they all have something in common – the absence of any real muscular development. The injury police usually have the muscle mass of a prepubescent boy on estrogen treatments.

This doesn't surprise me. Going on and on about the dangers of lifting weights is like being the guy at the bar watching the game and talking about the number of blown ACLs and concussions that happen in the NFL. No one cares. Everyone understands that's a risk. 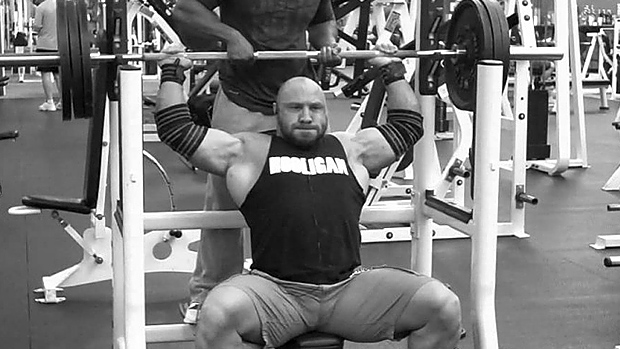 Fear and Lack of Backbone

The reason most of you who do this don't have any discernible degree of muscle mass is because of fear and a lack of backbone. It's not about a movement. Every movement you can do with a barbell carries with it a degree of danger. Even if performed properly, once the load starts ascending, there's risk.

"But there's some movements that really are more dangerous than others!"

That's truly an individualistic thing. I watched a video of a guy who said the press behind the neck is "out" for shoulder work because of how the humerus sits into the shoulder joint and because of scapula patterning. The guy saying this, I respect. But it still made me want to punch him in the face.

If this truly was an issue, then virtually every sport in the world would have guys with shoulders exploding like the Hindenburg going down in an oil field. Quarterbacks, pitchers, lacrosse players... none of them should be able to play as long as they do, at the levels they do, if this was really going to cause major shoulder problems.

When an Olympic lifters hits a snatch, his shoulders are pretty much in the same position as in the press behind the neck. Yet Oly lifters aren't suffering shoulder injuries by the thousands across the globe.

There are some things that can appear "correct" if you go by studies or anatomy lessons, and then there's real life.

Here's what really separates the guys that rock a high degree of muscle mass and strength: they don't talk about what's dangerous and avoid it. They don't talk about how you're going to blow out your shoulders doing press behind the neck or bench press to the neck. They figure out if THEY can do those movements pain-free and then get strong as shit on them.

Every time I read one of these "gonna end up injured doing that" comments in relation to a video, my first thought is, if a box of Tampax could post on the internet then it would be you. 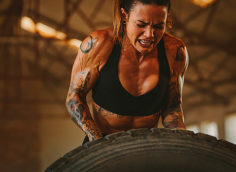 You want harmony? You want love? You want great sex? Then get your partner to start working out with you.
Motivation, Opinion, Strong Words
TC Luoma March 13