You Sit Too Much

Fact: You're much more likely to be fat and sick if you sit around four or more hours a day, regardless of how hard you train.

There's been a dramatic and consistent rise in sitting time since the 1950's, largely because of inactive modes of transportation, TV, and an increase in occupations that revolve around the computer. We sit on the way to work, sit while we're at work, and sit around watching TV when we get home.

Interestingly, it's not as simple as "more sitting means less moving," but rather that the actual act of sitting is dangerous to our health. For instance, research from Kansas State University concluded that those who sit four hours or more each day are at a significantly higher risk of developing a degenerative disease, regardless of the amount of exercise they perform.

That means that the person who walks more or spends more time at the gym isn't necessarily undoing the time spent sitting at his desk. Walking 10,000 steps before chronically sitting or standing at work for 10 hours isn't as productive as distributing your 10,000 steps evenly throughout the day.

You're probably thinking that those who sit for more than four hours likely have poor eating and lifestyle habits and that contributed to their poor health prognosis, but that's not entirely true. The probability of chronic disease remained high.

What to Do About It

Australian researchers found a 39% improvement in glucose levels and a 26% decrease in insulin when 18 short walks on a treadmill (1 minute, 40 seconds) were spaced evenly throughout the day. The interesting part of the experiment was that those who took frequent breaks did significantly better than those taking part in 30 minutes of exercise per day.

Of course, everyone doesn't have the luxury of a treadmill desk, so taking a 5-10 minute activity break every hour appears to be a more realistic solution. Depending on your workplace, this could mean setting an alarm on your phone or computer to remind you to walk to the bathroom, grab a coffee, or do a lap around the building. 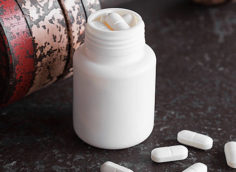