On Saturday August 5th, 40 men and 40 women competed to win an athletic event called Strongman’s Fear. Nearly 400,000 other athletes tried to qualify to compete in this event, but only these 80 competitors succeeded.

That’s a very big audience for something you probably haven’t heard of. But you have heard of CrossFit. And Strongman’s Fear was one of 13 events that made up the 2017 Reebok CrossFit Games. 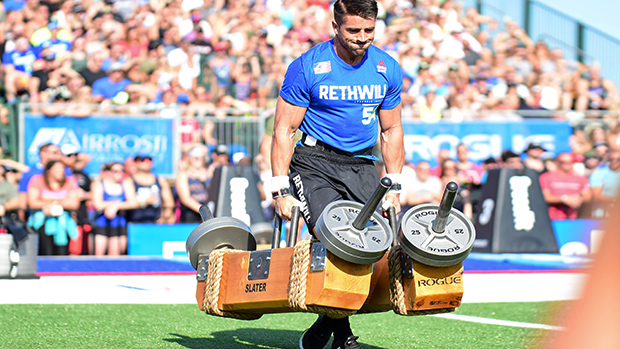 For this workout – as CrossFit likes to call its events – athletes must move three strongman implements across the playing field. For the men, that’s a 500-pound yoke, 200-pound farmer’s walk implements, and a 400-pound sled. Women use less weight, but not much less.

Oh, and each time the athletes move back to get a new implement, they have to walk on their hands. Why? Because CrossFit, that’s why.

This event is a race with a 10-minute time cap. Whoever does it the fastest wins. Strongman’s Fear is merciless, and it takes strategy. Most average fit guys would have a tough time getting any of these implements moving. Something in their bodies would give before they could get even one piece of equipment over the finish line. But three of them? In less than 10 minutes? While doing handstand walks every time they switched implements?

But that’s why this event isn’t for average fit people. It’s for the Fittest on Earth.

4 Days of Glory and Hell

Did you catch that Strongman’s Fear is just one of 13 events that take place over four days? That one was the first event of Saturday – day three. Later that day, these same athletes completed two more events featuring gymnastic muscle-ups, cleans, thrusters, and jump rope double-unders.

CrossFit HQ is quick to point out that these workouts/events are tests: “Make no mistake, the CrossFit Games are designed to test, not train, fitness. The goal is to find the fittest athletes, not to produce an easily replicable workout program.”

The Definition of Fitness

To find the fittest people in the world, we first have to define what “fitness” really means. After all, a marathon runner is very good at running a very long way – and running is the most popular form of fitness training – but is the best runner also the fittest? Well, sorta, when it comes to one thin branch on the tree of fitness: bipedal endurance.

But as recent studies have shown, extreme endurance athletes often don’t even have the healthiest hearts since that level of endurance training leads to numerous cardiac problems. And since muscle would also make them worse at their sport, marathon runners are typically as weak at kittens… or at least the good ones are. An ounce of unnecessary muscle for that sport would weigh them down and use up more oxygen.

Now let’s flip the script. Powerlifters are certainly strong. Are they fit? Not in the heavy weight classes. Their sport involves performing three lifts. At the end of a powerlifting meet, the athletes have performed a total of 9 single reps. Much like the marathon runners, they’d actually decrease their sport performance by getter fitter in other commonly accepted measures of fitness.

So, around 2002, CrossFit founder Greg Glassman defined fitness using three standards: “The first is based on the 10 general physical skills widely recognized by exercise physiologists. The second standard, or model, is based on the performance of athletic tasks, while the third is based on the energy systems that drive all human action.”

Those 10 physical skills are: cardiovascular/respiratory endurance, stamina, strength, flexibility, power, speed, coordination, agility, balance, and accuracy. Glassman boldly notes, “You are as fit as you are competent in each of these 10 skills.” 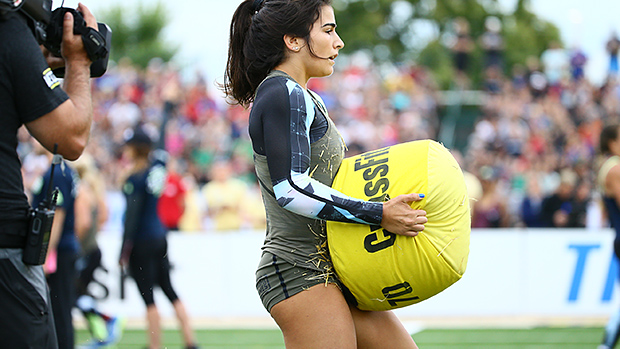 CrossFitters often say that their specialty is not specializing. For most athletes, it’s the opposite. The marathoner is a specialist, as is the powerlifter. But they’re not the fittest. And this, in a nutshell, is how the CrossFit Games was born back in 2007. It was designed to test all three models of fitness to find the most well-rounded athlete – the “Fittest on Earth.” And that’s trademarked by CrossFit.

Imagine walking into an arena and not knowing whether you’re going to do a 1RM on an Olympic lift, climb a rope, push a sled across the field, or even run out of the arena and swim across a lake. And in the CrossFit Games, you may be doing all of those things… in one event. You don’t know. And you may even be competing using specialized equipment that wasn’t even invented the year before. 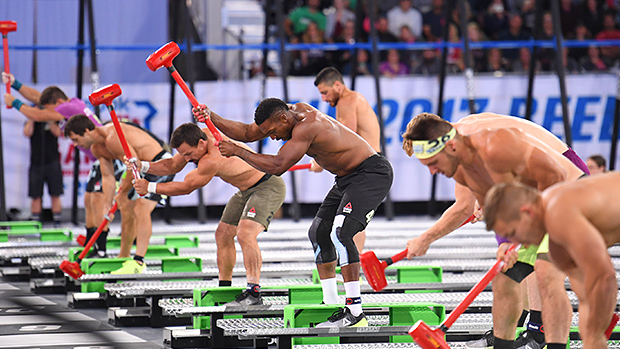 All you know are the elements of fitness, as defined by CrossFit. And you better be good at all of them. The really strong guy will do well in some events, but could come in dead last in others. The woman with a gymnastics background may blow everyone else away in a certain event, but may not even finish another workout under the time cap. The specialist is punished. The generalist is rewarded. And you have to be “generally” very damn good.

Early on, CrossFit declared that the program, “…prepares trainees for any physical contingency – not only for the unknown but for the unknowable, too.” The fittest person on Earth should be able to perform very well in a variety of fitness tests, even unknown ones. CrossFit says that any movement is fair game if it tests skill, overall athleticism, and determination.

Now, of course, these athletes have an IDEA about what they’re going to have to do. For example, they’re probably going to have to jump rope, do Olympic or powerlifts with a barbell, climb ropes, push and pull heavy objects, run, throw things, scale obstacles, ride bikes of some type, walk on their hands, do pull-ups, and be skilled at gymnastic-based exercises. 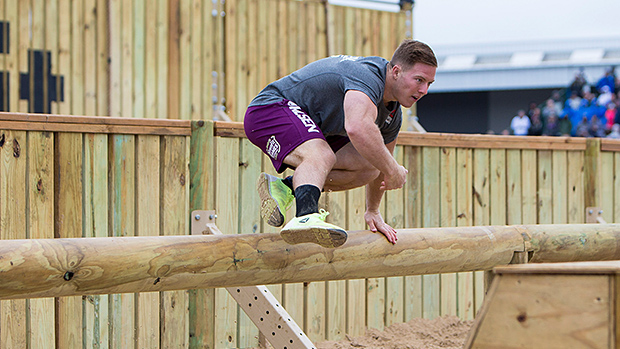 Unless you’re skilled at all of those things, and dozens more, you won’t even qualify. You won’t even make it past the Open and into Regionals. And the bar has been raised dramatically. The level of athleticism and fitness is now so high that one former CrossFit Games athlete who competed in the 2007 Games told me that he’d never even qualify for today’s Games.

The Fittest on Earth? Yes.

After attending the Games, I’d say that yes, these are the fittest people on the planet. CrossFit’s definition of general fitness is actually very good, and the Games certainly test every facet of that definition. Because CrossFit has mastered the art of “gamification” it’s also a hell of a spectator sport. 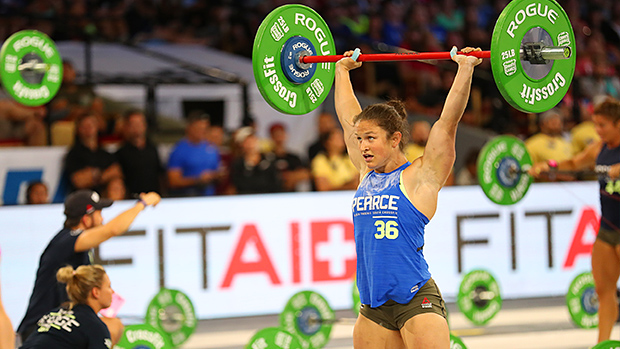 I give the CrossFit Games a thumbs up, but I wanted a second opinion from someone who knew the sport. Christian Thibaudeau has trained top athletes in over 30 different sports, including CrossFit. I asked him if he thought the Games really crowned the Fittest on Earth. Here’s what he had to say:

Christian Thibaudeau: “Who is the world’s best athlete? That’s a question we’ve been asking ever since there has been athletic competitions. Is the man who can lift the most weight or run the fastest the best athlete, or is it the one who can run a marathon in the least amount of time?

“I think that to be ‘the fittest’ one has to have the best overall combination of all the main physical qualities: strength, power, speed, agility, resilience, endurance, mobility, and coordination. In my humble opinion, CrossFit is – at the moment at least – the only sport where all the physical qualities are tested to a significant extent. 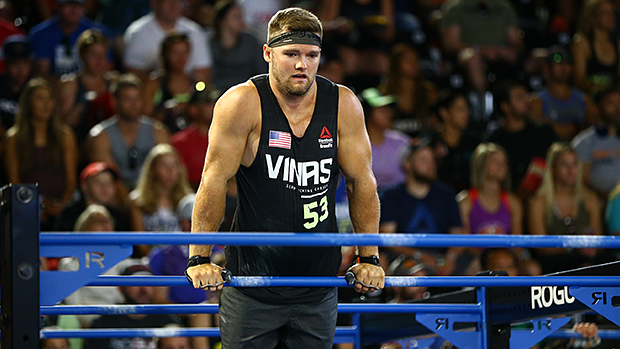 “Even a very complete sporting competition like the decathlon comes up short in a few categories. As such, the best CrossFit competitors absolutely deserve to be called the Fittest on Earth. Sure, some athletes have better endurance, others are stronger, and others are more skilled. But no class of athletes is good in as many things as elite CrossFit athletes.

“Elite CrossFit athletes are roughly at 70-80% of the top levels in most ‘pure sports’ like weightlifting, powerlifting, mid-distance running, rowing, etc. Their only weakness might be swimming, but that’s likely because of their high body density due to the amount of muscle and low body fat they carry.

“Nobody is best at everything, and those who are among the best at something tend to suck at many other things. So in that regard, the fittest title can only be awarded to a generalist. And CrossFitters are the generalists of the training world.” 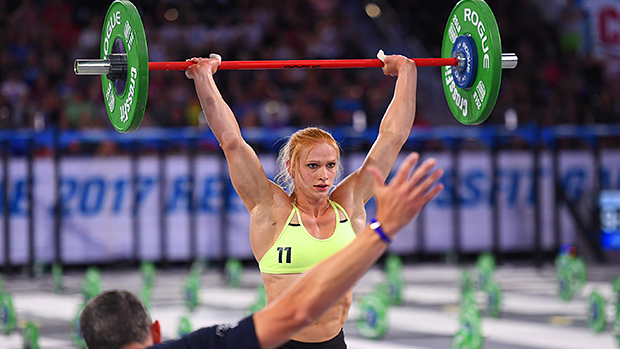 The Best at Exercising?

The old joke goes like this: “CrossFit? Who wants to be the best at exercising?” Well, those who want to qualify for and win the new Sport of Fitness, that’s who.