The Iron never lies to you. You can walk outside and listen to all kinds of talk, get told that you're a god or a total bastard. The Iron will always kick you in the real deal. The Iron is the great reference point, the all-knowing perspective giver, always there like a beacon in the pitch black. I have found the iron to be my greatest friend. It never freaks out on me, never runs. Friends may come and go. But two hundred pounds is always two hundred pounds. – Henry Rollins

It had been an excruciatingly long day when our train finally pulled into Madrid. I tried to sleep on the ride but as luck would have it, my seat assignment was right next to Pavarotti, or at least someone with the same measurements and a voice with the same booming amplitude. 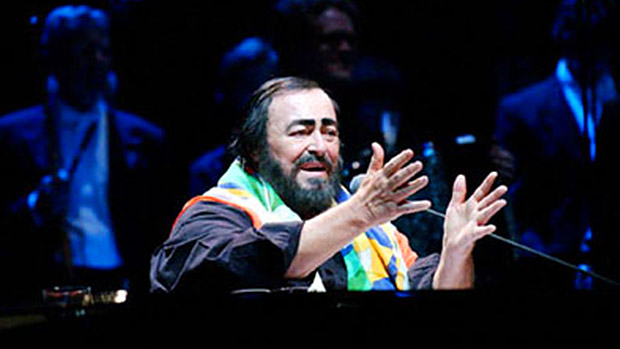 I unscrunched myself from my seat and tried to put my shoulders back in their normal place before grabbing my bags and exiting the train.

I found my brother and our two friends and we headed in the direction of the subway that would take us to our final destination. Since I've spent more than my fair share of time in New York City and the rougher parts of Jersey, I know there are rules to follow.

One of those rules tells you that if you're wearing a backpack with anything in it that you don't want stolen, you usually spin it around to the side or even the front when in large crowds.

With that in mind, I hopped on the subway and backed right up to the door where I could be sure no one could squeeze in behind me and quietly explore the contents of my backpack.

But someone did. She couldn't have been more than five feet tall, with dark hair, probably in her late teens or early twenties. I noticed her but didn't pay her any mind. A second later I felt the zipper on my backpack open.

"FUCK! What the fuck are you doing?!"

She didn't speak English but I continued to shout.

I quickly checked for my wallet and found it was gone. Yup, ole Captain Street Smarts had it in his backpack.

As we screamed back and forth, I noticed her pass the wallet underneath her sweatshirt from one hand to the other. I didn't know what to do and couldn't hit a girl but when I saw it peek out from the bottom of her shirt, I took a swipe at it and it and knocked it out of her hand. I bent over to pick it up and she bolted away just as the train was coming to a stop.

Whew, thank God I was alert. Thank God I had street smarts.

The $500 was gone. This is another rule of the streets: never keep large amounts of cash on you. Five minutes ago I thought I knew all these rules and knew that if I could survive New York City on a regular basis, Madrid was a joke. In my mind I had the street smarts of Tupac. Turns out I was more like Paris Hilton in a physics class.

I was no longer Captain Street Smarts. Instead I was the douchebag tourist who just got robbed by a 19-year-old, 87 pound, five-foot tall girl!

We got to our hotel and I decided I had to find a gym and train to let off some steam. Notice I said train, not work out. I've never "worked out" in my entire life; I train. There's a huge difference between the two.

I can't work out. I don't know how. Even if I did I would never do it. It's what "they" do, and I'll never be one of "them." I only know one way and that is to go in and train hard. If I can't do that, I won't bother going to the gym. Going through the motions to get a "good workout" is not something I've ever been interested in.

I train and I constantly strive to make progress. Training is so much more than working out. It helps you get to know yourself better. It teaches you what you're really made of and how hard you're willing to work to overcome adversity.

Working out is what the general public does to get in a little better shape. They go to the gym because they have to. They don't have a passion for it, they don't love it, and they don't live for it.

These people go to the gym as a way to meet new friends or just to "stay in shape" and improve their health. To them, working out is a hobby or a necessary evil. But to those of us who are married to the iron for life and feel most at home pushing heavy weight in some hole in the wall hardcore gym, it's our passion. The squat rack is our church, the dead lift platform our temple.

I've gone to battle with the iron and come out on the losing end many times. I've strained, pulled, and torn muscles and ligaments. I've screwed up my back and injured my knees. I've sweat, bled, and puked... all in the same workout. But as Clark Griswold said to his daughter when her eyes froze over while searching for the perfect Christmas tree, "It's all part of the experience."

I do it because I love it.

The quest for strength is one of man's basic instincts and there are few things more important in life than physical strength. It's something that has been pursued fervently since the beginning of time, because, as the old cliché goes, only the strong survive.

Lifting weights can have an endless array of health benefits, but let's be honest; that's not why most of us do it. The people at the local 24 hour fitness center do it for those reasons, but not us.

We do it for the feeling you can only get when you have a mind numbingly heavy weight in your hands, straining for all that you're worth while your training partners scream in your ear, and Slayer is blasting on the radio as you slowly grind towards that goal you've been chasing. That's why we do what we do.

Much to my surprise and excitement that day in Madrid, the gym that the hotel concierge directed us to was actually a real, hardcore gym. Who'd have guessed?

Everything looked like it was from the 70's. The weights were rusty and the place was dank and had a bit of a moldy smell to it. There was nary a machine in sight and no one was doing any pussy isolation movements or cardio machines. This was my kind of place. There were some jacked dudes in there lifting some heavy weights and Pearl Jam was playing on the "stereo system."

I couldn't have been happier.

We started to train and my mood improved by the minute. A guy came over and said something in Spanish. Since I failed Spanish 101 several times – mainly because I got kicked out of class for antics such as doing a "Superfly Snuka" splash off the teacher's desk and onto my friend Phil – I had no clue what he said. From what I could gather, he wanted to work-in with us on hang cleans. 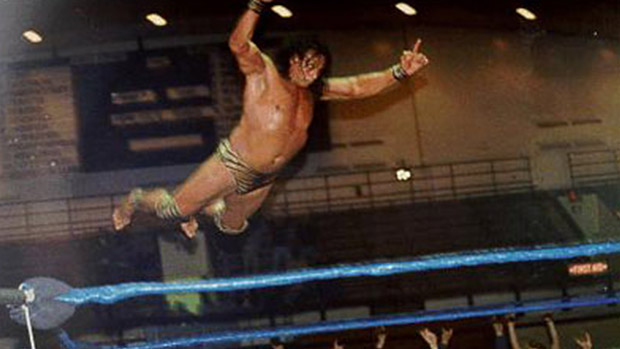 Great. No problem. He was a fairly jacked dude and I appreciated his eagerness to learn.

"Don't let your knees go so far forward. You want to break at the hips more. Stick your ass out and keep your back arched."

He looked at me like I was speaking, well, English.

I decided to let my brother jump in for a set while I pointed out what to do. Soon he caught on and was actually doing them pretty damn well. I don't know if it was his first time doing the exercise or not. He said several things to me over the course of the thirty or forty minutes that we trained together but only a tiny portion of it got through to my even tinier brain.

It didn't matter though; we all had a love for the iron that was able to break down any and all language barriers.

Wow, I can't believe I just wrote that...

Anyway, it was a great training session and suddenly the stress of getting my money stolen a few hours earlier was starting to dissipate. I'd been able to find a good hardcore gym and train my ass off with others who shared my passion.

That is one of the most important benefits of training many people often overlook; the mental aspect. Training is a release. It's a time to leave all the problems of the world behind for an hour, a few days a week, and go to battle with the iron and with yourself

It teaches you a lot about yourself and what you're capable of. The iron can be your best friend and your worst enemy all at once. But it will always be there for you when you need it.

I don't care what your goals are and what you're training for. I don't even care how you train. My only hope is that you realize what a gift it is to be able to go into the gym and experience that kind of release and establish that kind of bond with the iron and the brothers that go to battle with you. 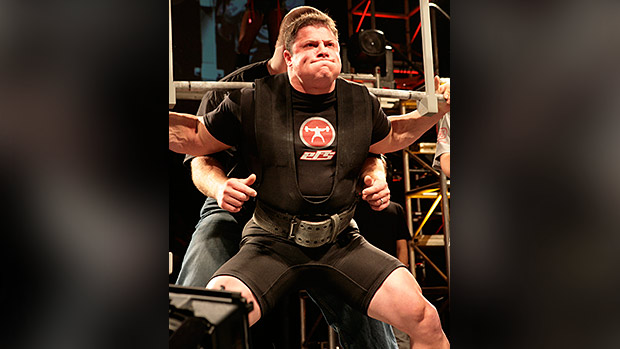 After an hour of cleans, squats, and bench presses, we decided it was time to head back to the hotel to go out for some sightseeing. I stopped at an ATM and took out some cash.

Suddenly a mysterious hooded figure emerged from the shadows and crept up a little too close to me while I was still waiting for my money. This time I was ready. I flared my lats and did a quick 180 to protect my cash.

"Dude, back up!" I barked as I got into a fight-ready stance.

She looked up and revealed her face. She couldn't have been more than ten or eleven. She was terrified and ran crying for her mother. 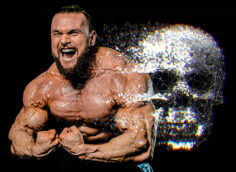 A group of researchers got ahold of the coroner's reports on bodybuilders who died young. Here are their grim findings.
Bodybuilding, Pharma
TC Luoma January 24