The Article Nobody Wants to Write

“Thib, we just ran a hotly debated poll on Instagram. The question was, ‘Should you trust the advice of a fitness expert who uses steroids or related drugs?’ About 60 percent of responders said they would question the advice of a drug-using trainer. Want to write an article about that?”

Well, that’s probably the one topic nobody wants to write about. I’ll either make enemies or be called a hypocrite. People assume I must be a steroid monkey. After all, I’ve competed in bodybuilding… and I’m one of the sexiest men alive, right?

I can’t write this article without mentioning that I did use steroids in the past. I’m not a hypocrite.

This isn’t a surprise for those who’ve been following me for a while. I wrote about it in a previous T Nation article and I’ve talked about it on several podcasts. I also discuss it in most of my seminars.

I first used steroids around 2003 when I got my ass kicked in the first bodybuilding competition I did. I did that contest natural. I thought that my knowledge would be enough to get me to win. I was in for a shock.

I finished third out of four guys, and the two guys who beat me were 18 and 25 pounds heavier… and leaner.

Another eye-opener is when my friend, who had a worse physique than me when we started the prep, won his class and the overall. Guess what the difference was.

Since I wanted to keep doing contests and wanted to be competitive, I used steroids for my next two competitions. Incidentally, I stopped competing after that because it made me feel like crap and killed my passion for training.

I also used steroids to get over my natural limit, which seems to be a decently lean 215 to 218 pounds, or a ripped 195 to 200 pounds. I once went to a high of 228 lean while using drugs (and up to a sloppy 250, but that doesn’t count). I thought I needed that size to “fit in” among bodybuilders. But I never felt good.

Does That Disqualify Me as a Training Expert?

By the way, I’m not talking about myself to tell you how great I am, even though I am clearly awesome. I just can’t give you examples of other people because it’s not my place to “out” anyone. 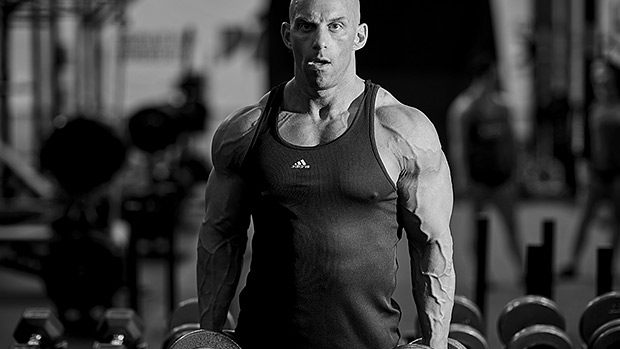 The Various Types of Steroid Users

Not all steroid users are the same. Many of the smartest men in training – people who genuinely understand how to get maximum results from training, natural or enhanced – use steroids or have in the past.

The fact that someone has used steroids doesn’t preclude them from thoroughly researching training and nutrition. Many steroid-using experts have a lot of experience and a solid history of success training natural clients.

If someone has helped a boatload of natural clients to build a large amount of muscle mass and get significantly stronger, then he obviously knows what he’s doing.

I will repeat myself: A lot of the most knowledgeable fitness experts you read and respect used steroids at some point. Some do it just to try it. Others do it to achieve a certain one-time goal. And yes, some keep using.

But a lot of the dumbest, most despicable frauds in training are also steroid users. I get why it’s tempting to put them all into the same basket.

I despise the Instagram expert who claims to be “natural” despite looking like a national-level bodybuilder. He (or she) does this to simply prey on the easily impressioned and easily influenced souls who desperately want to improve their bodies.

“I’m natural and if you buy my program I’ll show you my secrets. You’ll get just as jacked as me in no time!”

Confession time: My staff and I routinely buy those online programs. We do it to maybe learn a few things about marketing, and also because we want to see if some of these Instagram experts are the real deal.

So far, we haven’t found ONE solid program sold by these guys and gals. The plans pretty much all look like something you’d get in a Muscle & Fitness magazine from the 1990s.

There’s no info on how to progress from week to week. They’re generic. And anyone with a couple of years of training experience could probably write one of these “secret” training programs. There are dozens of free plans right here on T Nation that are far better.

I’ll Let You in on a Little Secret

Pretty much nobody can look like a national-level bodybuilder – or even a national-level physique competitor or jacked fitness model – without the use of at least some performance-enhancing drugs. (And while SARMs might not be illegal everywhere, they are still PEDs).

You might find a few genetic exceptions who are hyper-responders to training. But can they relate to YOU, or anyone else who has average or below-average genetics?

These Instagram “experts” pretty much all share a similar path: They started out as skinny ectomorphs. They tried for a short time to build muscle and strength but couldn’t, either because of lack of knowledge or lack of patience.

They get on drugs and then look great in photos. Their ectomorph bodies gives them an aesthetic advantage once the drugs put muscle on their frame. Small joints, small waist and hips, and long limbs make for a very pleasing physique once muscle has been installed. Then they sell their “programs” to make a quick buck… or a million bucks.

These dudes are dumb, and no, you should not listen to anything they say about training. They likely didn’t build more than a few pounds of muscle naturally (if that) before they went on drugs. They never learned what works for the natural, genetically average individual.

Note: You can say the same for the women too, but mostly they abuse clen and T3, or take a small amount of SARMs or anavar. 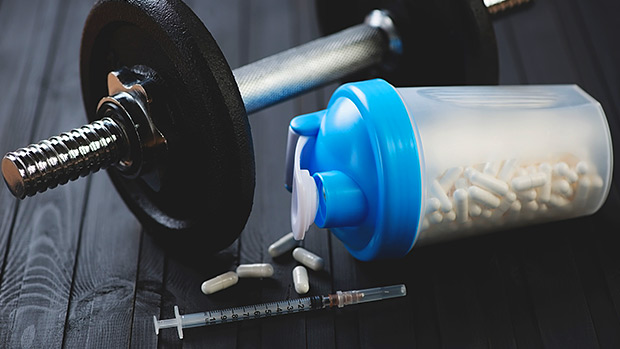 As mentioned, a significant number of the smartest minds in training have used steroids. I will not name names because 1) that’s not for me to do, and 2) steroids are illegal in the US and many other countries. Not sure if it’s smart to go out and tell people that you use an illegal substance.

But if you understand that very few people can look like a real competitive bodybuilder naturally, or reach a world-class strength level without some help, you can figure it out. (Hint: Even most top “natural” bodybuilders aren’t truly natural.)

But the smart users built a lot of natural muscle and strength before even entertaining the thought of using steroids. They have also successfully trained a large number of natural clients.

If someone was able to build 25 pounds or more of muscle, get his strength to pretty respectable levels naturally, and had clients gain a significant amount of muscle without the use of drugs, that person is competent, even if he or she later used steroids to reach a level that’s unachievable naturally.

You can be the most knowledgeable person in the world of training, but you cannot bypass your own natural physiology and genetic limit. There comes a point where, even with all of your knowledge, you will be topped out.

What if your goal is to be a national-level bodybuilder? Or a national record holder in the bench press or squat? Your natural limitations might prevent you from achieving that goal. All the knowledge in the world won’t be enough for you. You might need to use assistance to reach that goal.

To me, this doesn’t disqualify you as an expert. However, it can become a problem if you claim, for financial gain, that you reached that level naturally. Why? Because you give false hope to potential clients about what can be achieved without drugs.

Here’s what else I’ve noticed about those smart users: They love researching the human body. They love physiology and love understanding how the body works. They are true nerds in that regard. The knowledge they accumulate can be very useful for natural trainees too.

It’s About Understanding the Differences

The main issue with steroids is that they can make up for many mistakes in programming, at least when it comes to physical recovery.

Steroids won’t do too much to prevent the symptoms associated with neurological fatigue, but they can allow you to recover from more muscle damage and balance out excessive cortisol production, at least when it comes to its effect on muscle growth.

Steroids also give you more room for error with your diet. You don’t get fat as easily when you overeat and you don’t lose muscle when you’re overly restrictive. A natural lifter or athlete doesn’t have that luxury.

There are things that enhanced lifters can get away with that will prevent a natural from gaining optimally. As such, I believe that someone who has never built a significant amount of muscle or strength naturally will have a hard time helping a natural trainee, at least when it comes to designing programs.

But a steroid-using expert who took the time to reach a solid physique and good strength naturally will know how to train a natural person. Or at least he should. He should not lose sight of what worked for him when he was natural.

Note: Steroids aren’t the only thing that give you more leeway when it comes to programming. If you’re 18-21 years of age, live with your parents, and don’t have a real job, bills to pay, or a family, you’ll be able to tolerate a lot more training.

If you developed your training methodology during that time and went with the “more is better” approach, you might have problems getting clients (who have a real life) to make progress.

Things Even Enhanced Coaches Can Help You With

There’s more to being a training expert than writing programs. Examples:

These are all things that have no connection with drug status. Any coach who’s professional about what he does and takes pride in his craft can help you there.

Would an enhanced coach who’s world class in these categories be worse than a coach who’s natural but thoroughly incompetent when it comes to biomechanics, exercise technique, and pedagogy? 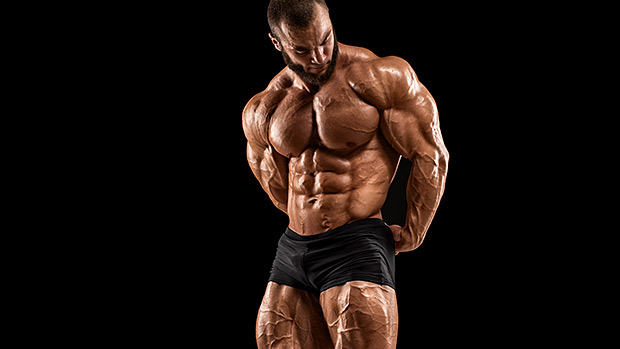 The Good, the Bad, and the Ugly

Using steroids does not prevent someone from being a good coach or an expert you should listen to, at least if they’ve spent a significant amount of time training naturally and achieving solid results without drugs.

There are those who are “all drugs” – people who couldn’t gain much of anything naturally and never learned what really worked, but then built a physique only when they started using. And they have a problem as coaches. These guys won’t likely be able to help a natural out when it comes to programming.

Here are some good tips to spot these frauds:

These individuals have zero credibility and are often “all drugs.” I’m not saying that they don’t put some effort in at the gym. Some of them actually train hard.

But they often do what most bros do: way too much volume, too many minor/cute exercises, not enough real effort on the hard lifts, and no real focus on progressive overload or smart programming. But the drugs help them compensate for these shortcomings.

You should definitely not listen to those guys.