It's a scary thought, but in some ways, doctors seem to be a lot like teens on TikTok – both groups have a tendency to fall for stories that don't have a lot of factual basis. It's funny on TikTok; it's frightening when it comes to medical mistakes and health myths.

Don't believe me? Take a look at the following list of things that many doctors accept as gospel even though they seem to be based on casual observations made a long time ago. Others on the list are simply examples of intellectual laziness.

At the very least, each of the following medical "facts" needs a little extra intellectual scrutiny before doctors continue to use them to determine the health care of millions.

Back in the 1940s, doctors didn't know much about prostate cancer (or any cancer, for that matter). However, they noted that men with metastatic prostate cancer lived a bit longer when they were castrated.

I should rephrase that. They noted that ONE man with metastatic prostate cancer lived longer when he was castrated. (1) That's right, the effects of castration on one poor bastard's prostate cancer led several generations of doctors to assume that it was testosterone itself that promoted the disease. Mind boggling, isn't it?

The Opposite Seems to Be True

The preponderance of evidence shows that men with low testosterone don't have anything to fear from TRT (testosterone replacement therapy). It won't increase their risk of developing prostate cancer.

Consider the analysis of more than a quarter of a million records of men in Sweden that was released at the annual meeting of the American Urological Association in San Diego, California in 2016.

And this is only the most recent of many studies that squelch the myth that TRT causes prostate cancer. Researchers in the United Kingdom looked at 1400 men who had received testosterone replacement therapy for up to 20 years and they found only 14 cases of prostate cancer over the course of the study. (2)

Back in 1904, some French doctors reported that six of their patients had high blood pressure. They also noted that the same patients used a lot of salt on their food. That's all it took to get salt phobia rolling for the next hundred years. No clinical evidence, just the most casual of observations.

Doctors continued to take these warnings seriously, though, probably because the follow-up studies were either small or underreported. But then, in mid-2011, the American Journal of Hypertension published a meta-analysis of seven studies involving 6,250 subjects.

Another study, this one from the American Journal of Medicine, looked at the daily salt intake of 78 million Americans. It found that the salt intake correlated negatively with death rate. In other words, the more salt people ate, the less likely they were to die from heart disease.

Before I give the impression that the more salt you eat the better, I need to add that a certain segment of the population really is salt-sensitive, and that excess sodium can raise their blood pressure. The vast majority of people are safe, though, since the connection between salt intake and high blood pressure is, for them, largely a time-honored myth.

Even so, blood pressure readings might not be the most important barometer of heart health. See "myth" number five. 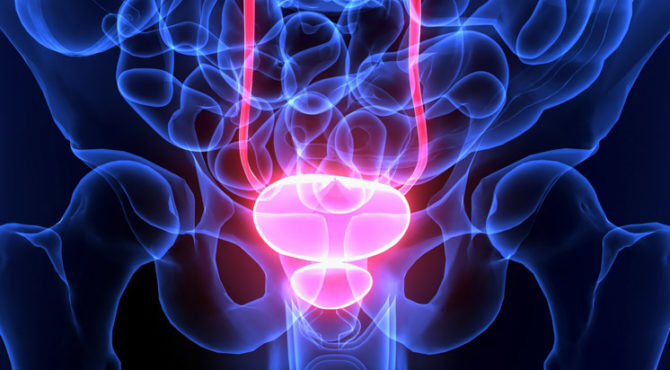 Medical Mistake 3: Assuming every man over 40 needs a PSA test

Doctors routinely order PSA tests for their male patients, but do these tests sometimes do more harm than good? That sure seems to be the case. Chew on these assessments by the US Preventative Services Task Force regarding PSA testing:

Even the guy who discovered PSA, pathologist Richard J. Ablin, called it a "profit-driven public health disaster" because it led to approximately 30 million American men being tested every year at a cost of at least 3 billion dollars. (5)

As hackneyed as PSA testing is, those men who have some sort of familial history of prostate cancer (especially if a brother has had prostate cancer) should probably have the test done anyhow.

The rest of us, however, might want to at least be aware of possible fallibilities associated with the test before we let the doc check the PSA box on the lab requisition form.

Abraham Morgentaler, MD, is a testosterone-science hotshot who's well known to those of us who are passionate about the hormone. In 2006, he and his colleagues did a survey of 12 academic laboratories, 12 community medical laboratories, and one national laboratory. (6)

Are you getting the implications of this? As Morgentaler and his colleagues pointed out, a man who had a total testosterone reading of 251 ng/dl would be categorized as hypogonadal by 14 of the labs they surveyed and normal by the other 11 labs. They noted similar results for free testosterone.

Shoot forward in time ten years later. Researcher Margaret Le and her colleagues from the Urology Department of the University of Kansas Medical Center undertook a study similar to Morgentaler's, only more comprehensive. (7) They interviewed 120 laboratories from 47 states.

Can you see the problem with this age stratification?

Let's say you just turned 40 and you suspect your T levels are low. You go to the doc to get your levels checked and they come back "normal" for a man your age. However, if you had gotten the test the day before you turned 40, you might have tested low and qualified for TRT.

Don't get me wrong, accurate blood pressure readings are a somewhat reliable indicator of your risk for heart attack or stroke, but I'm betting there are millions of people – particularly weight lifters – who are unnecessarily taking medications for high blood pressure.

For one thing, hardly any doctor, nurse, or physician's assistant takes blood pressure readings accurately. Let me prove it. Has any medico advised you do any of the following before taking a reading?

A few years back, researchers at the Mexican Universidad de Guadalajara conducted a study on two hundred bodybuilders who'd just competed in the Mexican National Fitness and Bodybuilding Championships. (8)

There was no difference between readings using the standard cuff and the large cuff, as long as the subject's arm circumference was less than about 13 inches (that measurement seems small, but there were a lot of women in the show, too). However, things went screwy when the subject's arm circumference was above 13 inches and the medicos used the standard cuff.

If all these recommendations have been followed and all these precautions observed, then and only then can you get an accurate blood pressure reading.

Even so, there's something that's a far better predictor of diseased arteries and future heart problems than blood pressure.

Boners are the Canaries in the Coal Mine of Your Pants

A healthy endothelium (the single-cell layered tissue that lines blood vessels, the heart, and the lymphatic system) is essential to a good, strong, serviceable erection, just as it is to blood flow throughout the body. While an unhealthy endothelium leads to erectile dysfunction (ED), it's also a strong predictor of heart disease and premature death. Simply put, bad erections often equal bad hearts.

Cardiologist Joel Kahn, a proponent of the erection/heart health theory, points out the following alarming bit of epidemiological data from a specific area, but one that could easily apply to anywhere (9):

"...if you live in Olmstead County, Minnesota, and are a man between the ages of 40 and 49 without known heart disease but with ED, you have up to a 50-fold higher incidence of eventually having new heart events compared to men the same age without ED. Rarely in medicine is there ever a risk factor this powerful. To compare, smoking, for example, may raise the risk of similar events three-fold."