Competitive bodybuilding doesn’t seem to be flourishing these days. Other categories dominate the local stages, from figure and bikini to men’s physique and classic. So what’s the problem with regular ol’ Arnold-style bodybuilding? Can it be resurrected? We asked the pros and our industry experts.

How can competitive bodybuilding be saved, or at least improved?

The powers-that-be of bodybuilding have tried pretty much everything to save the sport. They tried to make it more mainstream (ain’t gonna happen, it’s a fringe sport and they should accept it and develop that market), they gradually got rid of female bodybuilding, they added “natural” divisions or federations, and they added new classes with more reachable and aesthetically pleasing physiques.

Nothing has really worked. Trying to shoot for the mainstream hurt diehard fans. Trying to get rid of female bodybuilding didn’t bring in more fans, and frankly, nowadays muscular women are more accepted than before anyway. They added classes but you have no real judging criteria and athletes don’t know how to prepare for them.

Natural federations aren’t all that “natural” and the less impressive physiques don’t attract the hardcore bodybuilding fans. They aren’t pulling in new fans either. You can’t really tell what their market is. The federations seem to only make money because of the fees the athletes have to pay to compete and the tickets their friends and family buy.

So maybe federations should consider investing in their athletes first, losing some money up front, but potentially growing much bigger later on. Some ideas:

But none of this will happen because the governing bodies are more interested in using the athletes to make money now than actually developing the sport. – Christian Thibaudeau

Clear criteria needs to be implemented to remove as much bias from the equation as possible. 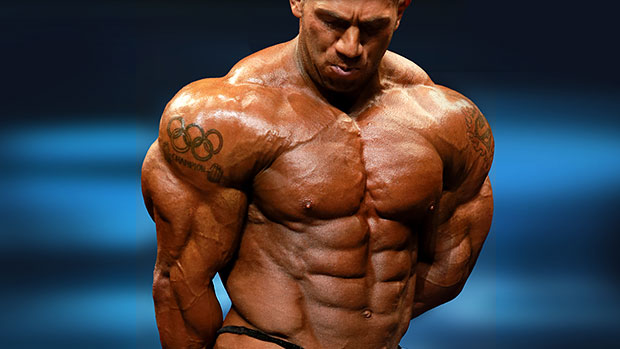 Look at size, condition, proportions, aesthetics, and dryness. Have each measured on a scale of 1-10. Each criterion should be weighted. The judges would need to first determine which is most important: is condition worth more than size, etc?

With this point system, every bodybuilder could look at his scorecard and see where he excelled and failed and why he placed where he placed. Doing it this way would make bodybuilding more objective. It would become more of a sport and less of a beauty pageant. Kind of like synchronized swimming or gymnastics – beauty is a part of these sports, but it’s measurable and categorized.

Once bodybuilders have clear criteria and a hierarchy stating which criteria matters most, they can prepare with more precision and know how to change their preparation from one show to the next.

Bodybuilding is subjective. You can win one show and not even break 10th in the next, with no real explanation other than “we weren’t going for this look today.” Remove the politics and increase measurability. This will also keep judges more accountable since they’ll know they have to back up their rankings. – Amit Sapir

I don’t think competitive bodybuilding needs to be saved.

Everything in the fitness industry is cyclical. From diets to training routines to what’s popular at any given time. Competitive bodybuilding, at the highest level, will always be here. And it will always be the biggest draw at physique events.

People aren’t packing in at the Arnold or Olympia events to see men’s physique or classic physique competitors. There’s a reason why men’s bodybuilding is last at those events: because that’s what everyone is there to see. They’re there to see Kai Greene, Phil Heath, Flex Lewis, so forth and so on.

Right now, there’s a bit of a distraction from it due to so many new classes and categories. From the physique/figure/fitness divisions to CrossFit competitions offered at these events – people are finding areas they’re suited to compete in and figuring out what they’ll sacrifice in order to do so.

The addition of the 212 class to bodybuilding was a huge step in the right direction. And in regards to improving it, I think they could further that by adding in another smaller weight class as well, like a 198 or under. There are a lot of great bodybuilders who aren’t mass monsters that would probably try to compete with guys that were in their weight range.

There are plenty of guys in the 212 class that carry an enormous amount of muscle mass and could even do a lot of damage in the open. So a lighter class at the Olympia would only open the doors for a lot of guys that don’t want to do men’s physique or classic, but can’t compete mass-wise with the guys at 212. – Paul Carter

A more transparent scoring system and comparison process during prejudging and finals would be beneficial. 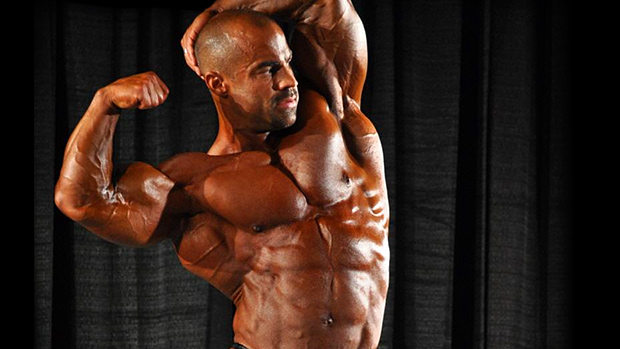 Perhaps tying separate rewards to final posing routines would also entice competitors to improve the entertainment value of their routines. This is what many of the spectators most want to see.

But the question implies that competitive bodybuilding is dying, which may very well be the case. Based on my limited knowledge of the regional and national level, competitor numbers are in fact down. I see several factors contributing. Where once the only competitive avenue was bodybuilding, it now competes with men’s physique and classic physique divisions.

Sure, these two class additions drew a portion of the male population that never sought the competitive bodybuilding stage, but it also drew some of the smaller muscled bodybuilders away. I also wonder if the competitive stage once represented an affirmation outlet for the gym rat, whereas now guys have Instagram and other social media outlets in which to receive their praise.

Competitive bodybuilding pushed the envelope to the point that the look became less and less desirable to the general population. I began shaping my physique at age 15 at 140 pounds. I graduated high school at 155 and was voted “best body” by my graduating class. (At 5’6″ and 220+ pounds off-season, “best body” likely isn’t the right descriptive anymore.)

There’s a point where your training goes from impressing girls to only impressing other dudes in the gym. You either need to draw people with aesthetics or with freakiness.

From an improvement perspective, it does feel like at least the IFBB has shifted slightly back to symmetry, aesthetics, and balance from purely mass. Judges are directed to score down athletes with extended stomachs. I think changing the look the judges want to see takes time, but it feels like they’re attempting to move in the right direction. – Mark Dugdale

Those opposing this idea will voice their outrage about bloated guts, lack of condition, politics, how the physiques have morphed into something dreadfully departed from the classic, accusations of impropriety and contest fixing, and all kinds of nefarious things they believe to be true, and it’s been going on for almost two decades.

If any of that meant anything to those complaining, they would just walk away. But they don’t, they keep watching and bitching about it thinking something’s going to change. But they can’t help it. They want to know – and it’s a fair question – how did the guy with the bloated gut win?

Well, the obvious reason is because he got more first place votes than all the other guys. But, if that’s the answer, then the next obvious question is, how did he get all those votes with the bloated gut? Bodybuilding could look like it might need some help.

But first you have to look at it this way. In any endeavor where a group of people are going to put the achievements of another group of people in a numerical contest order, denoting the best through the worst, based solely on subjective grounds, there’s bound to be a devil or two taking a stroll through the details. It’s inevitable.

But, the machine is very well oiled. The Mr. Olympia has grown every year for over 50 years, in not only prize money, but also in the competitors’ size, muscularity, condition, and how far out their stomachs stick, especially when they think no one is looking.

Bodybuilding has been around so long and has had so many aspersions cast its way, that its seen and heard it all and it’s still kicking stronger than ever. It just is. Kinda like bike riding. No one is ever going to stop riding their bike, and if they do they’ll always remember how.

Could bodybuilding be improved? I guess, just like anything else that you were willing to throw a bunch of money at. You can improve anything with money. Unfortunately, so far, no one has brought any significant money to bodybuilding. This is despite the fact that the industry surrounding the sport rakes in billions of dollars every year. Improving bodybuilding would mean prying some cash out of the stingy little fists clenching it so tightly.

Is there any cogent reason that 10th place in the Olympia shouldn’t be worth $100,000? No, there isn’t. Not if it wants to be a real professional sport.

It’s because the industry has stiffed the athletes for so long it’s become SOP and the competitors are so afraid of their own shadows that they can’t put themselves into a collective and dictate some minimum standards for themselves. This has been going on for over 50 years and it’s not about to stop. Why should it?

The athletes let it happen and can’t seem to muster the cajones to change it. So, in all reality, the best way to improve bodybuilding is to quit complaining about it. If anything about it bothers you so much, go watch something else. – John Romano