I Was Fat-Shamed Once

It's true. I had to join a support group. We all hugged it out over donuts and chocolate milk.

Then I started an awareness campaign. We wore little colorful ribbons and made sure everyone was aware that we were fat and that they should definitely not point that out.

Then I got therapy and was reassured that being fat was okay and that I should just love my fatness and accept...

I just stopped being fat.

Back in my fat days, I knew I was unhealthy. I knew I felt like crap and I knew I was embarrassed to take my shirt off at the pool. So I did something about it.

Thank goodness no one convinced me I had a "body image issue."

Thank goodness there were no coddling, politically-correct enablers around comforting me and making me accept my sloppy state, or brainwashing me into believing that I loved my sluggish body.

If that had happened back then, then today I would have Type II diabetes, probably be on a host of medications, and well, probably be having a lot less sex.

And honestly, no one needed to fat shame me. I fat-shamed myself because I needed to be ashamed.

Brace yourself, all you hyper-sensitive delicate flowers, this could be hurtful to your inner child and/or spirit animal:

Shame is a good thing.

If you let yourself down, if you do something you know is wrong, if you disappoint yourself, you should be ashamed. It's natural.

You know who's never ashamed of themselves? Sociopaths.

If you are living in a way that you know is below your potential and you feel kinda bad about it, you have shamed yourself.

If you've been lazy when you know you're capable of working harder, you have shamed yourself.

If you have been weak when you know that you're a stronger person, you've also shamed yourself.

And that's great! Because you'll improve, you'll make smarter choices, you'll work harder and live up to your potential.

Maybe you'll even put down the freakin' donut.

Shame is the first step toward self-improvement. Shame is a gift.

Kick in Ass > Pat on Back

When I was fat I was ashamed of myself. I wasn't ignorant. I wasn't lazy or weak-willed. I certainly didn't like being socially invisible. So what was I doing to myself? I was better than that.

Shaming yourself isn't about beating yourself up. It's about sparking an emotion that encourages positive change.

And sometimes kicking yourself in the ass moves you along the right path faster than patting yourself on the back.

If you convince a kid that being fat is perfectly fine, maybe you'll make him temporarily feel better about himself. But when he gets adult-onset diabetes at age 12, those fake rainbows 'n kittens feelings will fade.

Because no one is truly happy about being fat and unhealthy. You can always spot the fakers because they're the ones loudly proclaiming how much they love their "curves."

Telling kids it's perfectly normal to be fat is tantamount to child abuse. Convincing yourself that being fat is okay is a form of justified self-destruction.

The idea of fat shaming sounds legit at first. Sure, it's not nice to point at an overweight person and say, "Hey, Fatty McFatPants! You're fat! Ha ha!"

But we all learned that in kindergarten, right? Behaving like that is what psychologists and behavioral scientists call "being a dick."

But these days, everything is labeled "fat shaming" by the perpetually butt-hurt among us.

Saying "I got in shape and you can too!" is now fat shaming.

It trivializes the real problem of in-person and online bullying.

Social media encourages real fat shaming, mainly because jerks can call people names from the safety of their devices without the whole "getting kicked in the balls" thing that occurs in real life.

But when your doctor tells you that you need to drop a few pounds, he's not fat shaming you.

When I was labeled obese back in college after a fitness test, no one was fat shaming me. It was just the truth, whether I liked it or not.

I needed to hear it. It was a wake-up call.

Feel fat-shamed if you're truly fat. Don't let anyone else do it to you though. Do it to yourself.

Then stop being fat. I got in shape and you can too. 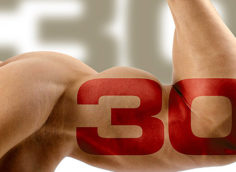