No, this doesn’t mean women only care about looks. In fact, most women prefer personality over appearance. (1-5) It also doesn’t mean you can’t have a happy relationship with a soft guy who has a bit of a gut. Nor are you any less of a person if you have a dad bod. It’s also possible that some women find it relatable and therefore attractive.

But, if all else is equal – personality, intelligence, being employed, etc. – women are attracted to fit bodies more than dad bods… as long as you’re not excessively lean, like for contest prep.

In other words, in happy relationships, the chick loves the dude despite his dad bod, not because of it.

Common sense tells you this is true. But the mainstream narrative tells you lies. So here’s the actual research you can use to either bolster your commitment to the gym or prove your chubby friends wrong.

Why Are Dad Bods Even a Topic?

The internet has a way of amplifying certain voices. This can give the impression that a majority of people are in agreement with a bold, “edgy” assertion.

You may have seen headlines and hot takes about how dad bods are the preferred body type. There are approximately two surveys people use to paint this exaggerated picture.

However, surveys are not studies. They lack nuance, control, and reliability because of their design. Sometimes they even lack honesty. What a woman reports in a survey may be colossally different than what she’s biologically attracted to.

So all those posts about loving dad bods can be misleading. Plus, many of them use celebrity dad bods as an example, which makes you question if it’s the dad bod that’s attractive or the Hollywood charm, status, and bank account.

According to a popular site, (7) many women report they prefer dad bods because of these assumptions:

These have nothing to do with attraction to the physique alone. Women are more concerned about the implications of who the guy is and how his body makes her feel.

This begs the question, does a six-pack disqualify you from the dating pool?

Are all fit guys automatically labeled as humorless, self-obsessed douchebags? Not at all. Quite the opposite.

The more physically attractive you are, the more heard and seen you are. One study found that women are overwhelmingly more open to getting to know you, listening to you, and drawing a more accurate conclusion about you if you have a more traditionally masculine physique. (7)

This is only a bad thing if you actually ARE a vain gym addict with the personality of a doorknob. If you’re not, you’ve got nothing to worry about. None of the women you date will ever be like, “You know what would totally spice up my hormones and make me feel more secure? You looking like a melting apple!” 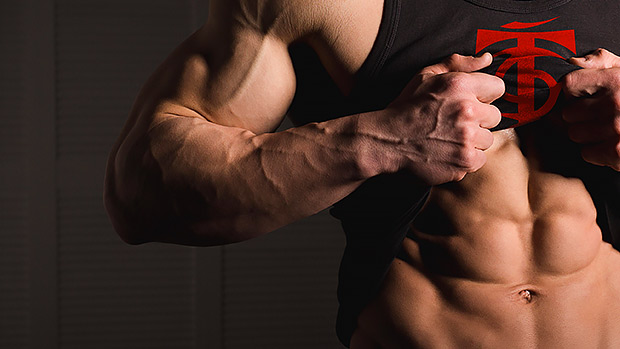 What Women Really Want: The Survey

To understand what females truly want as far as body type goes, you have to ask the right questions.

Asking if they prefer dad bods is vague, so one survey asked what type of men women would actually date. (8)

One group of researchers let 160 women rate and choose between photographs of shirtless and clothed men with varying fitness and strength levels. (9) The results?