After reading the title you've probably already started writing hate messages on social media explaining how Fraser, Froning, and Maddox are almost as strong as the top lifters in the country.

I know that. But there's something missing in most CrossFitters' training.

Read on and you might learn quite a few things that will make you a better, healthier CrossFitter and athlete.

So how can I say that these guys are too weak?

Well, they are weak – isometrically and eccentrically. Their concentric (lifting) strength is very high, but it's too high relative to their other types of strength.

Why? Because in CrossFit competitions, the eccentric (lowering or negative) portion of a rep is de-emphasized to go faster and expend less energy.

Look at the most common CrossFit exercises and their variations: snatch, clean, jerk, etc. They require very high concentric force production, i.e. explosive lifting, and very little eccentric loading because most of the time they drop the bar after each rep. 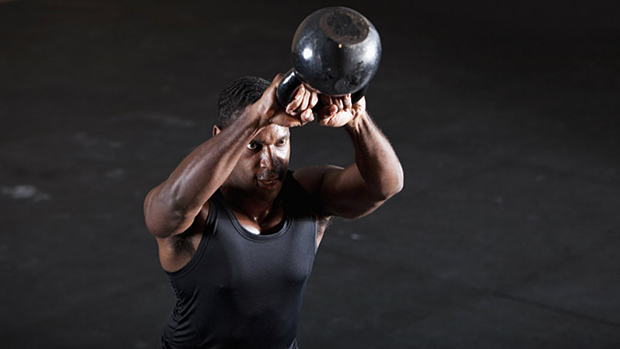 Explosive action with a high rate of force production during the concentric followed by almost a free-fall during the lowering portion of the movement. Extremely low emphasis on eccentric action.

Same thing as with the kipping pull-ups. Emphasis is on proper positions during the descent, but there's very little eccentric force production during the lowering portion.

While you can do the eccentric/lowering portion of a deadlift under control, most CrossFit athletes let the bar drop quickly to use the rebound and make the reps easier/faster. In a competitive setting it's fair game. You have to go fast, or drop it down and reset on every rep (to save energy). So again, big emphasis on developing concentric strength, almost nothing to build eccentric strength.

By nature the kettlebell swing is an explosive concentric action. Trying to stay relaxed during the eccentric/lowering phase is proper form.

There is zero eccentric emphasis on any form of sled pushing, or on the rowing ergometer and airdyne bike. These are all purely concentric.

Sure, you're squatting down so there's some eccentric action. But the amount of force production is very low compared to the force produced during the concentric portion. In fact, during the eccentric/lowering phase of the wall ball the athlete actually tries to go down as fast as possible, which requires "turning off" the muscles on the way down. So the quads, which would be loaded eccentrically during the descent, are actually turned down and the hamstrings/glutes pull you down faster (which is a concentric action not an eccentric one). The only true eccentric loading is at the point of reversal – when you switch back to going up – and this is mostly shock absorption done via the stretch reflex. Then when you project the ball, you produce more force because you have to produce upward acceleration. So again, you train the concentric action much more than the eccentric one.

During rope climbs the effort is more intense when pulling yourself up the rope, which is almost all concentric and some isometric effort. On the way down you're actually using technique and friction to get down under control, not an intense muscular effort. So the portion where you could actually develop eccentric strength by controlling the descent (with your muscle strength instead of friction) is pretty much rendered effortless.

This is the only time the eccentric is somewhat trained – regular strength training on basic lifts like the squat and presses. And even then it's rarely, if ever, emphasized; it's just not de-emphasized. 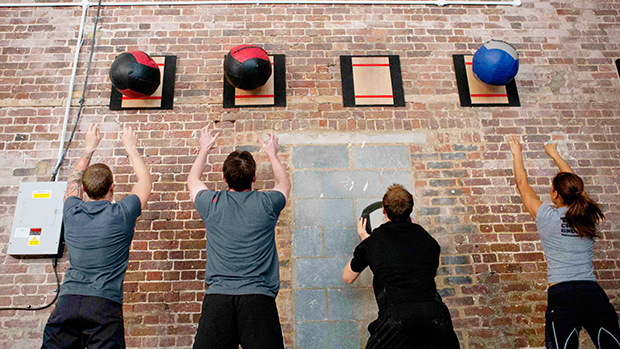 Eccentric and concentric actions use different motor strategies. It's possible to strengthen one without significantly strengthening the other.

Eccentric actions tend to strengthen the distal portions of a muscle more so than the middle portion of the muscle belly. (It's not broscience, look it up.) They also tend to recruit less muscle fibers but a greater proportion of fast-twitch fibers.

During eccentric actions, intramuscular friction is your ally. During concentric actions it's your enemy. So if you're focusing on only one mode of action, it doesn't mean that you'll improve both to the same degree.

Why Emphasize the Eccentric?

Sure, you won't use many eccentric actions in competition, but it's important to include some form of eccentric strengthening. Here's why:

If you want to improve your performance potential and longevity in CrossFit competitions, I highly suggest that you start studying the different forms of eccentric training methods.

This isn't your regular bucket list. These are the bodybuilding things you should do before you croak. How many have you checked off?
Bodybuilding, Health & Longevity, Living Better, Opinion
TC Luoma March 31