The first step to achieving your goal is to stop acting like a self-entitled sissy and get tough. You have be tough at the gym and tough at the dinner table. Quit coddling yourself.

Let's talk tough. Two miles up in the Colorado Rockies sits Leadville. The air is so thin that the act of breathing is like doing cardio. Walking up a hill feels like doing sprints. The landscape itself is so rough that the Army's 10th Mountain Division goes there to train.

Which, of course, makes it the perfect place for a marathon. You know, if you're completely insane.

But are marathon's tough? Come on, even Oprah has completed a marathon. Leadville needed something tougher. So they came up with the Leadville Trail 100. 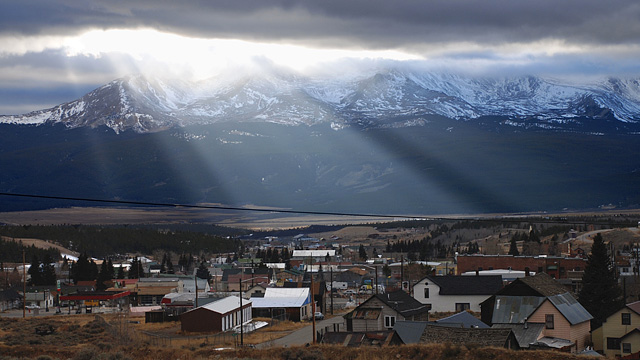 Christopher McDougall describes it best: "Try running the Boston marathon two times in a row with a sock stuffed in your mouth and then hike to the top of Pikes Peak. Done? Great. Now do it all again, this time with your eyes closed."

Yep, the Leadville race is about the length of four full marathons, containing two 2600 foot climbs, with half your running done in the middle of the night. The starting line is actually twice as high as the altitude where planes pressurize their cabins, so you'll be battling altitude sickness as well as the treacherous trails.

If you finish in under 30 hours you get a medal. (They don't give out many medals.)

Now, I'm no fan of ultra-endurance marathons, or even regular marathons, but the Leadville Trail 100 is tough, and so are the people who finish it.

Need Another Example of Tough?

How about Aron Ralston? He's the rock climber who was trapped by a 1000 pound boulder for five days. He finally freed himself by sawing off his lower right arm with a dull multitool, using the pliers to tear out the tendons. He then had to repel back down the mountain to get help. 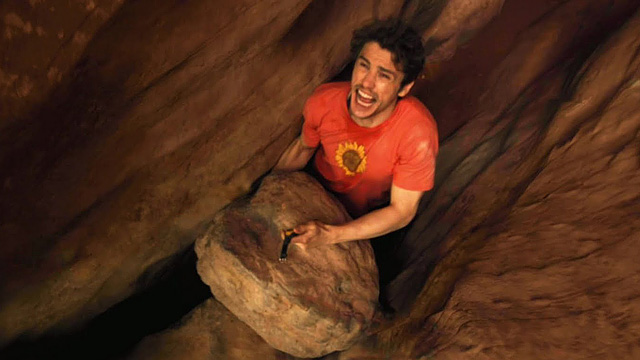 By the way, about a year after his ordeal and now sporting a prosthetic arm, Ralston completed the Leadville Trail 100. Now that's holy-shit tough.

Why the stories of toughness here at T-Nation? Well, because every day people tell me that they can't follow their eating plan or train because their work schedule is too busy. Or that it's just too hard to resist the bagels and doughnuts their coworkers offer them. Or that they'd squat more if it wasn't for that "trick knee" they got in middle school football.

And to that I politely say, "Bullshit."

One of the reasons I get so riled up at overweight people who aren't even trying to get healthy is because I have a strong belief in the potential of every human being, whether we're talking about simple fat loss or the brute willpower to accomplish even greater things. I'm just amazed at how tough we can be when we quit sucking our thumbs and expecting to be coddled.

To see that potential traded off for junk food and 28 hours of TV per week (the average for Americans) is a waste. We're tougher than that.

Maybe you won't be running the Leadville 100 anytime soon, but you can damn sure drop that 25 measly pounds of fat that's been holding you back for way too many years. You can get just a little tough and resist the buckets of bread the server dumps in front of you at the restaurant. And you can certainly find the time to train if you turn off the fucking TV for once.

"But Chris, that rock climber guy had to cut off his arm or he'd die! That's different!" you might be thinking.

But here's a little fact: Just about every preventable disease that can kill you or greatly interfere with you leading a full life is caused by, or exacerbated by, excess body fat. So guess what? You may not be trapped by a boulder, but you could be saving your own life too. 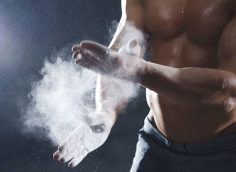 Even if you train hard and eat right, these four things can trigger fat gain, wreck your sleep, and kill your strength. Here's how to fight them.
Cortisol Control, Health & Longevity, Insulin Sensitivity, Living Better
Mike Sheridan November 5

Science says that saying one word during an exercise will make you stronger and more powerful. Check it out.
Health & Longevity, Living Better, Motivation, Tips
TC Luoma December 9