Dawn of The Dead, Balls That Is

You know those science fiction movies where decades of infertility have left society on the brink of collapse? Well, don't look now but those movies are starting to look like true-life documentaries.

Researchers led by Dr. Hagai Levine have calculated that men in North America, Europe, Australia, and New Zealand have suffered a 52% decline in sperm concentration and a 59% decline in total sperm count over a 40-year period ending in 2011.

By contrast, men in South America, Asia, and Africa are as fertile as ever, having suffered no discernible decline.

And believe me, this was no random survey of losers who had nothing better to do than pick up the phone and answer some embarrassing questions. This study had 42,935 participants from 50 different countries, all of who provided semen samples from 1973 to 2011.

No doubt about it, men from Western countries are putting out a weak brew, causing Levine to lament, "The extent of the decline is a heartache." You got that right, Doc.

Maybe you don't care that your sperm count is low. Maybe you figure that it'll be a cold day in baby hell before some woman tricks you into relinquishing your precious bodily fluids for the purposes of procreation instead of recreation. Fine, but sperm are a kind of flightless, songless, wriggling canary in a coal mine.

If your sperm count is low, something is likely affecting your health in a negative way and it will surely have repercussions somewhere down the road. The low sperm count could just be indicative of some larger, more systemic problem that has yet to manifest itself in an overt way.

In fact, recent studies have shown that low sperm counts are associated with mortality– the lower the sperm count, the more likely you are to die early of one thing or another.

Your next objection may be that you'll never even have reason to have your sperm count tested, so how would you know if it's low? You may well figure that slipping a spermatic puck into the occasional goal and fathering the occasional child is a good enough barometer of your procreative proficiency.

It's not, though, and you should probably assume that your sperm count is low. After all, if you live in a Western country, you're likely being subjected to the same reproductive stressors the rest of us are.

The possible causes for these steep declines in fertility are many. It could be low testosterone, which has also been shown to be in steep societal decline. It could be overexposure to xenoestrogens (estrogen-mimicking chemicals) or chemicals in general. It might be stress, or obesity, or a bad diet. It might be substance abuse – too much weed or drink.

It could also be due to external, non-health affecting factors, like climate change, or being overly romanced into wearing tight underwear by that bastard Calvin Klein, both of which raise the temp of your balls into a zone inhospitable to sperm. It might even be from spending too much time sitting on one of those prostate bruising, ball battering, spin-class bicycle seats.

All of these things have been implicated, at one time or another in one or more studies, as having detrimental effects on fertility.

The big question is, what, if anything, short of becoming a coconut picker on a South Pacific island free of stress, chemicals, and a whole lot of civilization in general, can we do to save ourselves?

Here's a list of things that could save your sperm. Some are common sense, some are impractical, and some require a lot of research and diligence. Still, changing one or two of them might upgrade your sperm and more importantly, upgrade your health so you don't fall victim to the "increased mortality" experienced by men with low sperm counts:

When your balls are constantly smooshed up against your body, they can't regulate their temperature. Wear looser underwear, or spend an appreciable amount of time running naked through fields of organic wheat.

Ease up on the bike riding or spin classes.

More than 5 hours a week has been shown to affect sperm counts. At least get yourself a prostate and ball-friendly seat (not one of those that has a tiny little slit cut out of the middle, unless you're telling me your balls are going to fit in that tiny slot). Look for one that truly lets the boys express themselves.

While it's not entirely proven, there are several studies that suggest that cell phone radiation could affect your sperm count. Play it safe by not keeping your phone in your front pocket. Also, when taking dick pics, use the zoom feature instead of taking close-up shots. 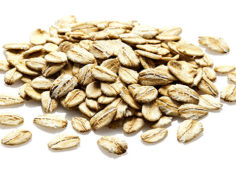 It helps your body fights viruses, the flu, or any other pathogen silly enough to come your way. Oh, and it also boosts endurance.
Health & Longevity, Living Better
TC Luoma March 28 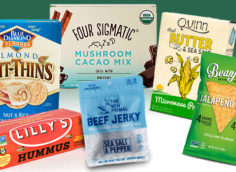 We tested dozens of physique friendly on-the-go snacks. Here are our favorites and where to get them.
Food & Snacks
T Nation May 28