Have 3-4 cups per day, regular or decaf, and you might live longer.

The sweet spot seems to be three to four cups a day of regular or decaf, but one study involving six cups a day saw a 33 percent reduction in diabetes diagnoses. Other maladies positively affected by coffee include liver cancers, fatty livers, alcoholic liver disease, heart disease, stroke, depression, Alzheimer's, and Parkinson's.

Low T is associated with a higher death rate. It also makes you fat.

Maybe you did a double take at the last item in the list. You should've. One study involving 858 male service veterans found that low testosterone individuals had an 88 percent greater chance of dying, for any reason, even after variables like age, other illnesses, and body mass index were accounted for.

Some of the researchers attributed that disparity in alterations of hepatic (liver) and extrahepatic (muscles, skin) metabolism of testosterone that can't be compensated for by the athletes' gonads, but I suspect it might have to do with some yet-unexplained exercise-related increase in steroid hormone binding globulin (SHBG), which makes less testosterone available to tissues. Low testosterone levels seem to be epidemic among lifters. True, testosterone levels usually go up after an intense workout, but the rise is short-lived and levels often drop to below baseline soon after.

So keep testosterone high. Use herbal testosterone boosters (we like Alpha Male®), and if your levels are seriously deficient, consider physician-monitored testosterone replacement therapy.

It's becoming increasingly evident that a number of doctors are idiot savants. Case in point, consider the big estrogen study that was reported in the Journal of the American Medical Association.

Researchers monitored the estrogen levels of a large group of men. They found that men with estradiol (a form of estrogen) in the normal range between 21.80 and 30.11 pg/ml had the fewest deaths during a three-year period. Men with the highest levels (above 37.99 pg/ml) had 133 percent more deaths during the same time period. However, men with the lowest estrogen levels (below 12.90) fared the worst as they suffered 317 percent more deaths!

What some doctors took away from this was that men need estrogen, so they don't want to give patients anything to lower estrogen. In other words, many doctors ignored the far more prevalent problem of high estrogen and as such are loathe to prescribe anti-estrogen medications. The problem is that once estrogen levels rise, the risk of degenerative diseases climbs. Atherosclerosis goes up, as does the risk of stroke. Prostates grow. And the risk of flat-out dying in general goes up.

If you're an athlete, higher levels of estrogen also affect your ability to build strength or grow muscle, and it also makes it harder to get lean. Clearly, estrogen needs to be kept in check. Consider natural estrogen-fighting supplements such as Rez-V™ or, if the problem is really severe, consult with a progressive doctor and get on an estrogen-lowering drug like Arimidex.

Too many frequent meals throughout the day keeps blood sugar high all day long leading to a variety of complications.

However, it's exactly what's happening when you habitually keep your blood sugar levels above 85mg/dl. Cook yourself long enough and you get kidney diseases, joint deterioration, stiffening of connective tissues, atherosclerosis, and insulin resistance, which might eventually lead to type II diabetes. You'll also get pudgy.

Scientists estimate that between one in three and one in five Americans will end up either rare, medium rare, or well done by mid-century. This is just the logical progression of our current lifestyle that includes dietary excess in general, eating too many fast-digesting carbs over too long a period, and a lack of exercise. Surprisingly, the very act of eating multiple small meals a day might itself lead to insulin resistance and problematically high blood sugar levels.

Most docs tell you to keep fasting blood sugar below 100, as anything higher than that (up to 126 mg/dl) marks you as pre-diabetic. Once you start testing at anything much further north than 126, you're considered full-blown diabetic. However, the Maillard Reaction starts kicking in at or above 85 mg/dl.

There are a couple of courses of action to take. You can either start eating fewer daily meals (3 or 4 instead of 6), making sure the meals are glycemically correct (high in protein and healthy fats while low in carbs, or at least simple, fast-digesting carbs), or you can start using cyanidin-3 glucoside (Indigo 3G®) to increase insulin sensitivity.

C3G makes your body handle carbs better, even preferentially shuttling carbohydrates to muscle storage instead of fat storage and keeping blood sugar levels in the optimum range so that you don't cook yourself.

And like anything else that comes from a plant, it has antioxidant capabilities. Curcumin is found in the spice turmeric, and Indians probably use more of it, per capita, than anyone in the world. Given its seemingly endless health benefits, you'd think that Indians would be the healthiest people in the world, but that's not the case. Unfortunately, the body doesn't absorb curcumin very well. Simply ingesting it as a main constituent of curry powder, regardless of the amount eaten, isn't going to have much of an effect.

As such, you need to ingest curcumin as part of a formula that contains piperine, such as this curcumin, which enhances absorption by up to 2000 percent. Take a couple of grams a day. It's one of the few substances that you'll be consciously aware of making you feel better.

Cook and eat things that are dense in nutrition.

Most of us eat the same crap every week, so we might as well make sure that at least some of the same crap we eat contains a ton of nutrients. This chili of the nutritional gods is high in protein, has a low glycemic index, and it contains several foods that rank high on the ANDI scale (Aggregate Nutrient Density Index).

It's so nutritious that you could probably live off it and nothing else for a considerable amount of time. Oh, it also tastes incredibly good. The following recipe should make enough meals to last you most of the week.

Too many antioxidants is not better than too few, and may do more harm than good.

The theory offered up in 1972 was this: Free radicals affect the mitochondria of the cells, setting into motion a cascade of enzymes that slice up and kill the cells, ultimately leading to organ and possibly systemic failure. As such, you need to fortify yourself with anti-oxidants so that you're invulnerable to the ravages of chemicals, bad diet, too much sunlight, radiation, pollution, Internet trolling, and even time. That's why nearly everyone in the civilized world goes around with the blind belief that ingesting as many antioxidants as possible is a good thing.

It's quite likely they're all wrong. Yes, quenching the production of free radicals is a good thing... to a point. The problem is probably one of dosage, incorrect timing, the wrong antioxidants, or too much antioxidant. If you completely turn off free radical leakage through antioxidants, the membrane potential of the energy-producing cellular organelles known as mitochondria collapse and cell-dissolving proteins are spilled into the cell. If a bunch of mitochondria do this, the cell dies. If a bunch of them do this, organ health and overall health can suffer.

Consider a lowly sprig of thyme. It alone contains 30 different antioxidants. Isn't it possible that maybe, just maybe, their alleged benefits are obtained when ingesting all of them together, rather than cherry-picking one or two? Therefore, it's prudent to get your antioxidants in whole fruit and vegetable form, or consider a freeze-dried fruit and vegetable antioxidant formula such as Biotest Superfood that contains thousands of antioxidants, along with countless phytochemicals in general. That way, you likely get the correct amount of free-radical control – enough to prevent premature aging or deterioration, but not so much that it would promote cell suicide.

Sprinting not only makes you look hot, it enhances mitochondrial health and performance.

If only people would start sprinting instead of using cardio machines. Think of all the space that would be left over for weights and racks and Prowler tracks.

The Benefits of Sprinting

But those might not be the best reasons to take aspirin, particularly if you're in your forties, thirties, or maybe even in your twenties. Aspirin, it turns out, is a mild respiratory uncoupler, which might explain some of its mysterious effects on health. Uncoupling is a cellular process that enables a constant flow of electrons down the respiratory chain (i.e., ATP production) in the little energy producing mitochondria. This process restricts (but doesn't shut off) the flow of free radicals, thus theoretically improving health, extending lifespan, and even burning fat.

Shutting off free radical production entirely, as you might do when "overdosing" on antioxidants, might cause the cell to die, which is kinda' against the whole point of taking anti-oxidants. So, respiratory uncoupling, as accomplished by aspirin, is good. Consider taking one baby aspirin a day – two a day if you're a big mofo – but be aware that aspirin can cause gastrointestinal bleeding in a small percentage of the population.

Weed hysteria is subsiding and full legality is looming. Are steroids next? They should be. Here's why.
Living Better, Opinion, Pharma, TRT
John Romano January 10 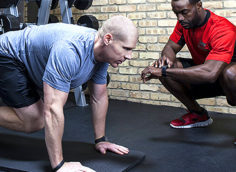