Here are five things in the fitness field that are ass-backwards, along with some simple ways to set things straight.

1 – Some trainers are doing half-ass physical therapy, not training.

The current emphasis being placed on the use of formalized orthopedic (postural and/or movement) testing procedures in the fitness industry has caused many trainers and coaches to lose their way.

After learning about these screening or assessment concepts, many confused trainers end up making their training process more about trying to play the "corrective therapy" game and not about actual strength and conditioning. Interestingly, as many trainers are focusing their sessions more and more on corrective therapy concepts, many of the leading educators in the actual rehabilitation arena are encouraging physical therapists to do the opposite.

Jim Porterfield, PT, notes that nothing is guaranteed in physical therapy. But a good strength training program, designed around your current successful movement capabilities, can have drastic physical (and mental) improvements in six weeks.

Isn't it interesting, and a bit concerning, that highly experienced leaders in the world of physical therapy will say that many common rehab and orthopedic practices are "iffy" at best, while also emphasizing that fact that everyone can benefit from general exercise. Yet we have groups of trainers who are far more interested in trying to play the highly-questionable corrective therapy game.

2 – They provide lessons in their favorite exercise method instead of personalized programming.

The job of fitness professionals is to provide their clients with the best training direction to take based on the client's goals and needs – not based on the trainer's specialty or bias.

Unfortunately, many trainers give direction based on their own chosen training philosophy (i.e. bias) instead of delivering a true "personalized" workout program. Many trainers just end up giving their clients private lessons on what that particular trainer likes to do instead of using the best modalities for the client's goal.

Not to mention, many people have a multifaceted goal, like gaining muscle and strength while improving athletic movement. To accomplish this requires several training components. No single type of training will address all demands.

3 – They're trying to fit you to an exercise instead of fitting the exercise to you.

One of the biggest training mistakes is trying to fit the individual to the exercise instead of fitting the exercise to the individual. For example, many personal trainers and strength coaches attempt to fit everyone into the mold of performing deadlifts in the conventional style with a barbell. Though well intentioned, this approach is misguided.

Given the variations between bodies, not everyone should be doing the same exercises in the same manner.

Taking a one-size-fits-all approach to deadlifting, or any other exercise, not only ignores the obvious physiological differences between humans but it can also be dangerous. Sure, we're all part of the human species, just like all makes and models of cars are part of the category that we refer to as vehicles. But, as with vehicles, humans come in all shapes and sizes. Your own size and shape are determined by your structure, which in turn determines function.

This is exactly why it's unrealistic to expect a guy who's built like a football running back to move in the same way as a guy built like a lineman. Granted, both can change levels, run, push, pull, twist, and so on; however, they perform the movements in different ways based on their differing structures.

Because of these individual variations in the ways that humans move, no given exercise can exactly match everyone's movements. So each trainer must choose the particular exercise variations that best fit how each individual client or athlete moves. 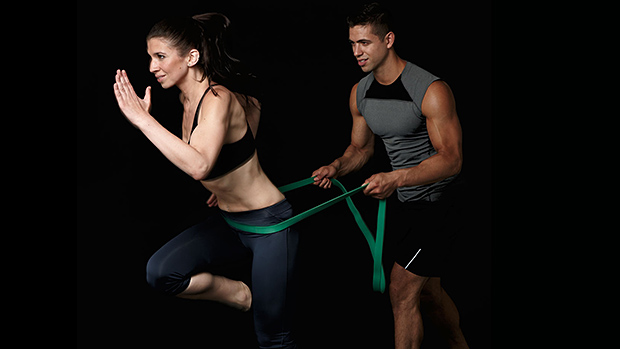 Many trainers love to say they base their programming on the foundational principles of training. But many of these same trainers will look at a training program and say it's "good" or "bad" simply because it does or doesn't use a certain exercise.

When you have a grasp of training principles, you have a clear understanding that it's only those competing in weightlifting-oriented sports who must do certain exercises. But there's no particular exercise that any athlete or gym-goer must do in order to improve. There are only training principles that must be adhered to, and there's a wide variety of exercise applications and variations that allow athletes and fitness enthusiasts to adhere to principles in order to achieve their goals.

The principle of specificity, a foundational principle to effective exercise programming, dictates that your goal ultimately determines the exercises that need to be part of your training. The adaptations to training will be specific to the demands the training puts on the body.

So, if you want to become more explosive, use explosive exercises (like Olympic lifts or medicine ball throws). If you want to improve strength, incorporate some training with heavier loads. This is specificity of adaptation. If you want to improve your rotational ability for a rotary-oriented sport, use a variety of rotational exercises at various speeds and loads. This is specificity of muscle action and movement.

Your goal ultimately determines the exercises that need to be a part of your training, not some allegiance to a given training method or a fanaticism about certain types of exercises (barbell exercises, kettlebell exercises, stability ball exercises, etc.).

When it comes to good program design, we don't go from methods down, we go from principles up. So, a good training program isn't determined by the exercises it incorporates, but how training principles are utilized.

5 – Many don't really care about general health and fitness.

There are many obvious benefits of exercise, like fat loss and muscle building. But in addition, there are numerous well-evidenced physical and mental health benefits which many trainers seem to care less about.

Disease prevention, preservation of bone mass, improved mood (even in those with depression), anxiety/stress reduction, improved sleep, enhanced feeling of energy and well being, the delay of what's called "all-cause mortality" and even brain growth are part of the bigger picture.

Yet many trainers and coaches have this elitist idea that you're basically wasting your time working out unless you're training with a specific focus on physique or performance measures. This feeling is directed at recreational gym-goers who are working out for general health and fitness without focusing on any specific physique or lifting performance goals.

Instead, these folks just want a great workout experience that challenges them but doesn't hurt them. And they often gauge their training success by how much they've enjoyed each workout, how they feel at the end of the workout, and by the fact they've completed a certain amount of workouts per week.

This explains why so many competent fitness professionals have long-term clients who don't look that much different and don't have impressive increases in their lifting numbers than when they started working with the trainer. But these clients are far better humans than they were when they first started because they're healthier physically and mentally.

Many trainers actually look down on these people by proclaiming they are "satisfied with being mediocre," as if those aren't interested in organizing their entire lives around gyms, kitchens, and bathrooms are somehow lesser humans.

The same trainers who feel this way are the ones who continue to be frustrated, wondering why so many of their clients "don't get it" or "don't care" as much as they do, and ultimately end up not sticking around. But it's usually not that these clients don't care; it's that they don't care about what the trainer wants them to care about. It's actually these trainers who just don't get it.

These fitness pros fail to realize, or refuse to embrace the fact that, to many clients, "getting results" from exercising isn't about achieving impressive deadlift numbers or to build a wider back – those are gym-rat goals. It simply means staying active, overcoming physical challenges, and enjoying each workout.

Those are respectable goals – goals the personal trainer should encourage and be proud to help facilitate.