Lifting weights is great because it lets you overcome your genetic constraints. It doesn't matter if your father was a Moscow circus dwarf and your mother was Ludmilla the juggling pinhead, you can still change your body with weights.

Are you narrow shouldered? Spindly armed? Maybe your chest is so sunken that it makes emphysema patients look robust in comparison, or your legs look remarkably like that of certain waterfowl.

None of it matters because you can use weights to sculpt any or all of those shortcomings into glorious, functional muscle.

Granted, some people have bigger chromosomal hills to climb and some will never look like a cast member of the latest gladiator movie, but it doesn't matter, put some work into it and you can still look pretty damn good naked.

Screw Helen of Troy. The face that launched a thousand ships? Phooey. You see some of the gym-trained posteriors walking around these days? Why, many of them would not only launch a thousand ships, but probably several dozen fighter squadrons, a few marching bands, and maybe even a couple of circus bears riding tricycles.

Contrary to what non-training people think, a great ass isn't formed by some lucky random distribution of fat, but muscle, and muscle is to an ass what the wooden frame is to a house – it gives it scintillating shape and structure.

Building a great behind isn't even that tricky because the harder you work it, the rounder and more appealing it gets. Just add in exercises like squats, deadlifts, hip thrusts, kettlebell swings, and Prowler drags a few times a week.

You gotta pity the normal people. For them food is nothing but pleasure.

And the type of food? It doesn't matter to them. It's all cotton candy – a rapidly evaporating sensation of taste and then... nothing.

It changes, though, when you start lifting. Suddenly, food becomes emotionally satisfying and useful because you're eating with a purpose. You start to think more like a Native American Indian in that you think about your food with almost a spiritual sense because you know that what you eat is going to become part of you, hopefully in the form of muscle.

You become aware of types of protein, types of carbohydrate, and types of fat. You become aware of the quantity of food and how often you need it. And because food now has a purpose beyond recreation, you actually enjoy it more than the normal people who eat purely for pleasure.

There inevitably comes a time in everyone's life when the bad stuff comes. It could be in the form of the death of a loved one, unrequited love, or legal or financial trouble. No one is immune.

Some handle the pain gracefully and heroically, realizing that time heals all and happiness, too, is inevitable. They seek solace through religion or spirituality, counseling, or the sturdy shoulders of good friends.

Others resort to destructive behavior like drugs, alcohol, or abusing the body and soul in general, while still others suffer perpetually, never quite ridding themselves of various demons.

But there's one little-known therapy that's remarkably effective and it's good ol' weight lifting. There are no ailments that iron can't help cure. A hard, teeth gritting, grimacing, sweat-flying workout is the best therapy of all, and pushing something heavy so hard that it makes you cry out in pain is better than all the tears in the world.

Who knows if it's chemical, psychological, or spiritual, but it gets rid of the demons.

Granted, the demons might come back later in the night at the wolf hour, as they're wont to do, but you just get up the next morning and exorcise them through exercise all over again. Eventually, they look for a new home.

Weightlifting makes you healthier. You invariably lose fat. You get a healthier blood profile. Your arteries get as wide as the Keystone pipeline. The reliability of your ticker starts to match that of certain expensive German-made automobiles.

Cancer thinks twice about messing with you, as does diabetes. Vitality increases to the point where you can make love to two or more women while digging a fencepost hole. That kind of thing.

To guys like Jim Wendler, Dave Tate, and Amir Sapit, the world must seem like it's made out of paper mache.

"Sorry ma, I accidentally ripped the door off dad's safe while picking up a Jujyfruit."

While the vast majority of weightlifters will never attain that level of Hulk-ish strength, they'll all get considerably stronger, oh yes they will, and physical strength makes life a lot easier. It's downright useful to be able to move things, lift things, or unscrew things.

Ask any guy who's got a weightlifting wife and ask him if his life's easier. You want to move a sleeper sofa or, I don't know, erect a barn? You don't have to wait until your Amish neighbors get home from the buggy races, you've got a strong wife who can tote that barge and lift that bale.

And sometimes, the strength can actually save your life. You can probably imagine just as many scenarios as I can about how being able to bust open a door, dislodge a heavy object, or just grab onto somebody to immobilize them could be pretty useful.

But the physical strengths pale next to the mental strength weightlifting gives you. It takes iron will to go to the gym several times a week and deliberately inflict pain on yourself.

And the good thing about that iron will is that unlike airline tickets, it's transferable. You can use it to tackle and overcome just about anything life throws at you, physical or emotional.

In the old days, once you hit 45 or 50 years old, you were toast – feeble, mottle-skinned, moldy toast with weevils in it. Your kids put you in the garage when friends came over. If your equally moldy wife wanted to have sex with you, it was just so she could time a soft-boiled egg.

Weightlifting, though, is the true fountain of youth. A long-time lifter in his forties or fifties is pretty much as strong as a lifter half his age. Sure, he's not as quick or agile, but strength wise, there's just not that much of a diminishing return.

For the most part, a veteran lifter can punch out some punk just as well as a 25-year-old lifter, only the veteran's scarred up knuckles leave more abrasions on the butthead's face.

So it's almost better.

Because of weightlifting, you're starting to see this weird phenomenon where for the first time in human history, you see old guys with bodies that look the same as those of young guys: same muscle size, same muscle tone, and often the same definition.

Sure, the older guys can't do much to young up their faces and they have to shave their backs more often, but you can't have everything.

In past millennia, humans were too busy – too challenged – to be worried about much of the stuff that bedevils us today. After hunting for food, fending off attacks from competing tribes or villages, and simply trying to survive each day, you went to sleep exhausted.

You didn't have modern day worries like job stability, finances, and your place in the world, or whether there's someone in the world who'll love you. Life was basic. Life was satisfying. Life was primal.

Weightlifting allows us to be savage, to let go completely, to shut out all the noise and pit our bodies against a foe. By doing so, it provides meaning and purpose, two things that are prerequisites in pretty much any definition of a good life.

Because of that, there's only one thing better than lifting, and that's having lifted, because it stays with you like a bowl of chili and a hip flask of whiskey on a frigid, blustery day.

I've never met a female weightlifter who was meek, timid, or shy. Oh, they may have started out that way, but once they were seduced by Mr. Iron, they gradually grew more and more confident in themselves.

They became comfortable in their own skin. They no longer grimaced when they looked in the mirror. Nor do they feel the compulsion to dim the lights and run for the cover of the sheets when they take off their clothes so that you can't see their body.

Instead, they say, or at least act as if they're saying, "Ay Papi, go ahead and look. Give your eyes some candy, because you don't often see chicas that look this hot."

And if there's something they still don't like about their bodies, they fix it rather than crying into a pillow about the inequities of the universe and why-o-why aren't they hot like Kate Upton, who, by the way, as a bikini model, could stand to get to the gym herself.

This confidence in their body transfers over to other areas, too. I don't have any statistics to back this up, but I suspect female weightlifters have better jobs, make more money, and don't have to worry about some office shithead harassing them because, well, they just don't take that guff.

They know that if Palmer, Spalding, or Blake gets overly crass or suggestive, they could take his head between their strong thighs and pop it like the festering boil it is.

Maybe you used to be wary about trouble. If you were walking down a dark street at night and two or three guys were walking towards you, you might have put your head down and crossed to the other side. Like any normal person, you worried about criminals and thugs and evil mothers in general.

Then you started lifting weights. You started getting stronger. And while you realized that muscle and strength don't always win fights, you started to fear fewer and fewer things. While you used to be fearful, you now, just maybe, once in a while, even hope for some sort of confrontation.

C'mon, you won't admit this to normal people, but you're among friends now. Aren't you just a little bit disappointed when the guy in the tiny econo Beemer doesn't try to zip ahead of you and take your parking spot? Likewise, aren't you the least bit tempted to leave your door ajar, you know, to entice the occasional intruder?

Granted, looking for trouble isn't smart, but I understand it. You're fed up with a rude, mean world and once in awhile, you'd like to take that wrecking machine you built in the gym out for a little spin and teach Justice 101 to some miscreant.

It's okay to feel that way. In fact, it's a good thing. It beats being afraid. Just use some discretion. Don't act on these vigilante impulses unless you have to because the world is full of litigious lawyers and it sure as hell is okay to be fearful of them. 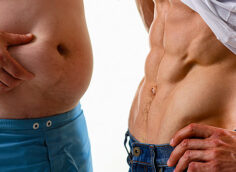