If you’re wanting to become a little more relentless in your pursuit of muscle, strength, fat loss, and mental fortitude, the unrelenting have secrets to share.

1 – The Relentless Find Solace in Discipline 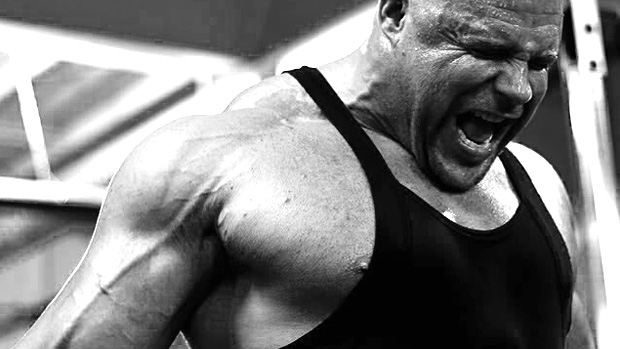 Going through a hard time? That’s exactly when the relentless train. Rather than griping about frustrations or waiting for them to pass, they’ll channel their energy into something productive.

Stressful careers, social drama, tragic losses, moves, divorces, or just a vague sense of inadequacy – there’s not a lot that’ll knock a relentless person off his or her game plan.

They sweat, they grind, they push themselves, they lose their breath, and they focus. And when it’s all over they’ve cleared away enough mental fog to see the more optimistic side of whatever they’re facing.

When life gets hard, work hard. Fight back, kick your own ass before anyone else has the chance – you’ll steal their power. Can you think of a better remedy when life’s circumstances have you feeling powerless?

And once the dust settles with tough issues, the relentless find it even easier to double down. Their inner dialogue tells them that if they were able to muster up discipline during the hard times then they sure as hell can’t relinquish their power when life gets easier.

Apply your work ethic to your workout. Don’t give anyone the opportunity to think of you as lazy, distracted, inefficient, or weak… and don’t give yourself that opportunity either. Embrace the work part of your workout. Get immersed in it.

None of this “make exercise so fun you don’t know it’s exercise” crap. It’s work, dammit. It’s hard, and it pays off every time. Don’t think workouts need to be hopscotch, hula-hoop, or Zumba in order to be enjoyable.

2 – They Test Things Out and Commit 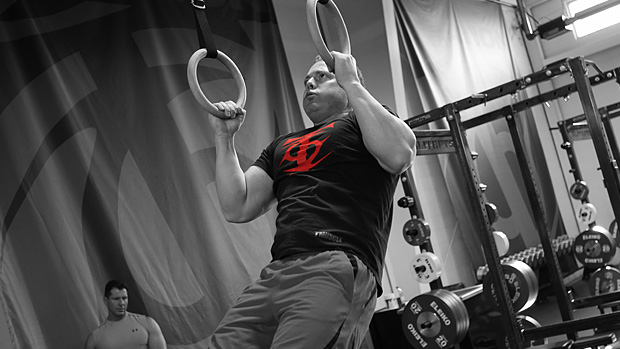 They might tell you their inaction is about efficiency and doing things the right way, but really it’s about fear.

Fear of failing. Fear of being the only beginner in a room full of experienced people. Maybe even a fear of commitment. So they wait for someone else to tell them whether or not it’s worth the effort. The real story? People who make excuses are people who are afraid.

The relentless want to see for themselves. If something doesn’t work, they want to find out firsthand. Why? Because what seems like too much of an effort to one person might actually be worth it to another. The relentless know this, so they won’t become naysayers against any one method until they’ve tried it out for themselves.

The relentless get personal satisfaction from the effort. Even if that effort doesn’t pan out. The act of trying stuff reinforces the desire to keep trying stuff until they get the results they want.

They don’t want secondhand information because they know friends and studies don’t tell the whole story.

The relentless are always asking, “what if…” and then attempting to find the answers out themselves.

From eating strategies to body part splits and training techniques, the relentless seek results, and they wouldn’t dare place all of their trust in one diet book or one fitness expert. They’re also wary of anyone who pretends to have all the answers.

The relentless welcome trainers and their new ideas, but they don’t require approval or permission in order to eat right and train hard. The relentless don’t need the whip to be cracked. They’re driven, and nothing can derail it.

Start somewhere. Try stuff. Read up on it. And don’t get hung-up by hearsay because you’ll only know how your body responds by trying it out for yourself.

Realize that if you’ve been researching the sumo squat for weeks and haven’t sumo squatted yet, you’re just flexing your procrastination muscle.

Try stuff you’re interested in and commit to it for a fair period of time. Then if what you’re doing can be improved, you’ll know more about how to improve it.

But you have to commit to something in order to reap the benefits of experience. Stop trying to gather up tons of secondhand information. Don’t make your health someone else’s responsibility. Read, research, test, commit, tweak.

3 – They Drop What Stops Working 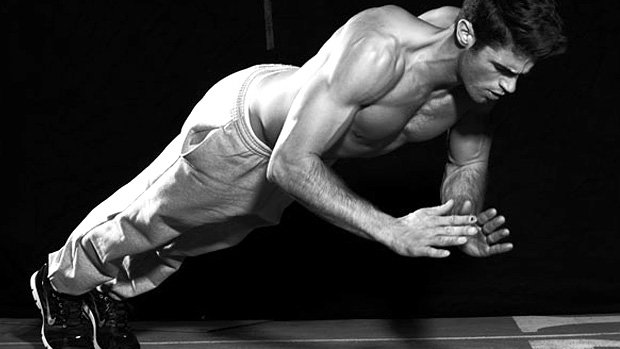 There are people who test things out, experience success at first, and then continue dieting or working out the same exact way even after they’ve plateaued for years.

They either don’t realize they can continue improving by changing their approach, or they believe that doing it any other way will cause them to regress right back to the body they started with.

Many of these folks will practice extraordinary discipline with a fat loss method that no longer helps them lose fat. Others will become inconsistent and burned out on what they still perceive as a “tried and true” strategy.

You can probably name a few staunch low carbers who lost weight at first then plateaued, and will probably stagnate for the rest of their lives because they’re not about to eat a diet that supports hypertrophy or a faster metabolism.

You might have of a couple friends who lost weight on their “couch-to-5K” plans, and would rather stick to running even though they’ve gained back the weight and accumulated a dozen running injuries.

And you’ve probably seen the same women doing the same dancy group fitness classes and never looking any better. And it’s not that they aren’t disciplined. They’re just uncomfortable testing out another approach. They’ve rejected the possibility that something else might work better.

Those who are relentless will figure out a better way when they’ve gotten all they can out of one approach. Stalled progress is unacceptable.

They can accept that the diet they once loved stopped loving them back. And they can become a newbie with different training methods when what they’ve been doing becomes ineffective.

Those who are relentless wouldn’t allow themselves to stagnate in order to identify as this type of dieter or that type of workout aficionado. The dedicated don’t require labels or cliques, just progress.

Those who aren’t relentless often need the labels, the T-shirts, and the bumper stickers. For them, telling the world they’re vegan, or paleo, or a marathoner is more important than the results they’re getting from such lifestyles.

This is the consequence for those who’ve stopped seeing results, yet don’t want to stop identifying as part of a tribe.

Starting anything at all is good. But diets and workout programs deliver more benefits when they’re used as a stepping stone to continued success.

Maybe a fat loss strategy got you to a certain point and taught you some things about your body. Great! But don’t stop there, stagnate, adapt, and slowly regress year after year thinking that what got you started is the only way for you to be leaner or more muscular.

Take what you’ve learned and expand on what your body can do rather than adapting to the same physical challenges or backsliding with a diet that’s no longer serving you.

The dedicated know that personal responsibility is the foundation of mental strength. It’s grit. And it’s what gets them through hardships and makes them tougher as a result of those hardships.

Those who are relentless also don’t put too much stock in the opinions of other people – negative or positive. They’re too busy with their own success to give someone else control over their emotions.

The relentless don’t have time for manipulators. They know that the only way to avoid criticism is to surrender to mediocrity.

Welcome adversity and critics because without them you won’t build grit. And that’s exactly what you need in order to become successful. It’s what gives you persistence to do or become whatever you want, inside or outside of the gym.

Critics are your best barometer for success. The more progress you make, the more scrutiny you’ll receive. You can let that stifle you or you can enjoy irritating small-minded people with your success.

5 – They Choose Their Idée Fixe 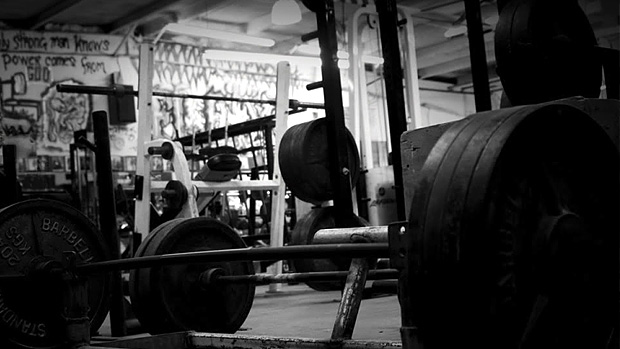 Idée fixe is a French term meaning “a preoccupation of the mind.” The dedicated have chosen what to be preoccupied with.

This might look like “obsession,” which has become a negative thing among those who lack passion or think complacency is acceptable. But those who are relentless don’t give a crap if they look obsessed to outsiders.

Some people obsess over video games, collecting stamps, hoarding cats, or collecting Star Wars memorabilia. The relentless have chosen to be “obsessed” with building muscle, working hard, and practicing discipline.

Relentlessness isn’t about destructive behavior, being a martyr, a bad father, or a reckless employee in order to become more muscular. It’s about taking care of yourself in order to live better and serve others better.

You don’t have to sacrifice your relationships, long term health, sanity, or faith in order to love working out and eating well. You just have to believe in your potential, take the onus to do something about it, and trust that your hard work will pay off.

It’ll require you to reject the temptation to coddle the discipline out of your life or waste time being offended by critics. But the world will end up with a better version of you, and instead of being subdued by potential failures you’ll be emboldened by them.

Let’s embolden ourselves. Let’s be relentless.